Padraig Harrington returns to defend his Portugal Masters title at Dom Pedro Victoria Golf Course, Vilamoura, and says that he can't wait. The three-time major champion may have slipped down the world rankings recently but, on his day, he remains a world-class player.

"I’m delighted to be returning to the Portugal Masters to defend my title,” said Harrington. “Last year's win was very satisfying and I was pleased to add the title to my list of tournament victories. I felt relaxed all week and great on and around the greens. It's an event I’m very much looking forward to.”

He will be joined by Andy Sullivan, who won in 2015, Shane Lowry, who is returning to the scene of his first European Tour win as a professional back in 2012. Lowry has since won the WGC-Bridgestone Invitational and contended at the 2016 US Open, but he is desperately looking for a return to that sort of form. Lowry has attempted to split his time between the PGA and European Tours and his form has suffered as a result. 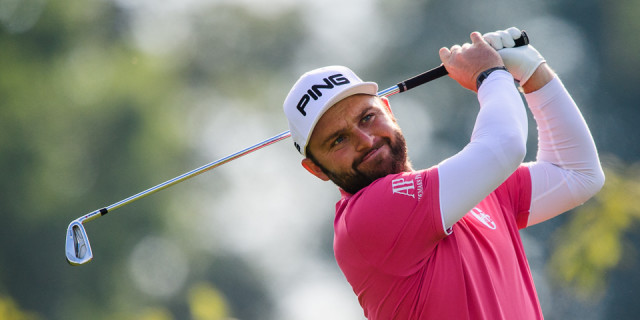 It is likely that we will see him playing more of his golf in Europe in 2018 as he attempts to secure his place in Thomas Bjorn's Ryder Cup team to take on the Americans in Paris next year. Lowry, of course, first came to prominence when he won the Irish Open as an amateur. He is a man who plays his best golf on tough courses and will relish the challenge at Vilamoura.

One man who would appear to have no worries about making the Ryder Cup is Matthew Fitzpatrick, the brilliant young English golfer who won the European Masters earlier this month, the fourth victory of his fledgling career. He is just 23 years old and joined a pretty impressive list when he won in the Alps - Seve Ballesteros, Sandy Lyle, Sergio Garcia and Jose Maria Olazabal had all picked up their fourth victory at the same age, and it is safe to say that Fitzpatrick would settle for going on to achieve what any one of those men did.

He would be the first to admit that he is his own fiercest critic, but he has a wonderful temperament and has struck a serious blow for all those tour professionals who don't drive the ball 300-plus yards. Fitzpatrick has spoken about changing his swing in an effort to find more distance, but he would do well to forget such things and stick with what works. He has already altered his ball flight, and now favours a fade. Few golfers on any tour find more fairways than he does, and you could count on one hand the men who are better than him on and around the greens.

Danny Willett, the 2016 Masters champion, would probably settle for a win in his club's monthly medal right now. He has struggled horribly with injury since that memorable day at Augusta, when he overcame Jordan Spieth to secure the Green Jacket. Some cruel things have been said and written about Willett, but let us not forget that he had become a serial winner before winning his first major. 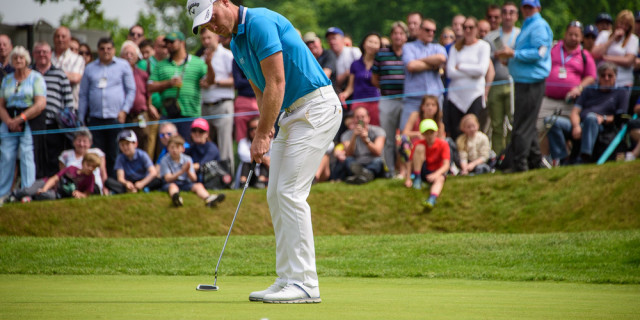 He has not become a bad golfer overnight. After winning The Masters he was much in demand and struggled to cope with being in the limelight. Willett has suffered back pain throughout his career and in an ideal world he would probably have played far less in 2016 than he actually did, but he realised that, as major champion, people wanted to see him play and there were times when he competed when he would probably have been far better off resting his back. He deserves credit for continuing to play when he should have taken time off.

After continuing to struggle this season, he took the decision to part with his coach and caddie, strip things down and try to get himself fit. Make no mistake - Danny Willett is a determined young man who has not enjoyed the standard of golf he has been producing. But he is also hugely talented, and he will be back, competing for titles at the highest levels, and it may be sooner than you think.

He is returning to the Portugal Masters for the first time since 2014. The five-time European Tour winner has an impressive record at the tournament, with three top 10 finishes in five appearances. Willett said: “It’s been a few years since I’ve teed it up in Portugal and I’m looking forward to it. It’s a place where I’ve played well over the years, so I’m hoping for a good week.”

Belgium’s Pieters, a three-time European Tour winner, has been on fine form this season, with three top-10 finishes on the European Tour – including fourth place at the Masters. He made history at Hazeltine when he became the first European Ryder Cup rookie to win four points, after playing every match. Pieters said: “This will be the fourth year in a row for me in Portugal, and it’s a place that I always enjoy coming back to. I’m delighted to be teeing it up at Dom Pedro Victoria Golf Course again.”

Pieters is due another win. It could well happen in Portugal.

Another man with special memories of this event is Andy Sullivan. He won the tournament in 2015 and was second behind Harrington 12 months ago. He said: “I have some fantastic memories of this event, particularly from 2015. To win any trophy is fantastic but to take a title in Europe, in front of so many friends and family, was something special. I can’t wait to go back."

Danny Willett. Write him off at your peril

Thorbjorn Olesen. Better than he thinks

Ricardo Gouveia. Only real hope of a home win

Lee Slattery. In a rich vein of form

Ryan Fox. Has produced some sensational golf this year