Four-time major champion Rory McIlroy has dismissed critics of the thick, fescue rough at this week's U.S. Open venue, Erin Hills. The Northern Irishman had already praised the layout and setup ahead of the championship, but several players have raised attention of the long grass that frames the wide fairways of the striking Wisconsin course.

PGA Tour winner, Kevin Na demonstrated the sheer difficulty of escaping from the native grasses, which had looked set to devour wayward golf balls and lead to potentially high scores. However, as the 2011 winner at Congressional has noted, this is a hazard that players at the highest level should expect to avoid on the large and expansive property.

Hearing that the USGA had cut down the fescue on four holes - fourth, 12th, 14th and 18th - McIlroy responded incredulously: "Really? We have 60 yards from left line to right line. You've got 156 of the best players in the world here, if we can't hit it within that avenue, you might as well pack your bags and go home.

"These are the widest fairways we've ever played in a US Open. Even the first and second cut is another 10 yards on top of that. So if you've got 50 or 60 yards to hit into and you're complaining about the fescue that's wider than that, I don't think that's an issue.

"I get that it's thick and whatever, but it's a hazard. If you put red lines just right along that people wouldn't complain, it's a hazard. It's the US Open, it's supposed to be a tough test, and if guys can't put it into play within a 50-yard zone then I don't think they've got much to complain about. 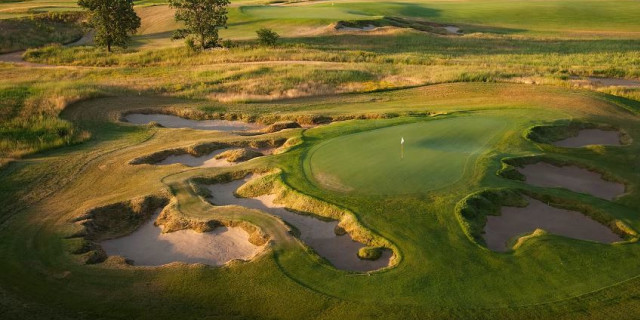 According to the USGA, the decision to remove a portion of the fescue wasn't due to player complaints, but rather in view of the expected rain this week, which would literally make parts of the rough unplayable. However, the rest of the grass remains in place, and will be a punishing for any player who misses the fairways by a significant distance.

"From what I've seen so far, it's really good and I feel like you can be aggressive off the tee and with your approach shots," added the 28-year-old. "If you do miss a green, it's not that you're going to be chipping out of the thick rough. It goes in these collection areas and run-offs. It's a little bit of a different challenge than what we faced in US Opens in the past.

"I don't think it's a secret that I feel like my driver is one of my biggest weapons in my bag. If I can get that in my hands more regularly, and I think if the field has to hit driver more, that plays into my hands, too. I wasn't crying when I saw that rain, it's a long golf course and it's only going to play longer. That benefits a few guys, and luckily I'm one of them."

There had been concern leading into this week about how this relatively new venue would rate within a field of players who have felt critical of the organisers in recent years, particularly after the condition of (fellow debut course) Chambers Bay and the rules debacle that marred the 2016 championship at Oakmont.

However, the consensus has been largely positive, apart from the aforementioned gripes about the fescue, and McIlroy has been leading the praise, as he comes into the second major fo the season with a buoyant attitude following a successful recovery from a troublesome rib injury. 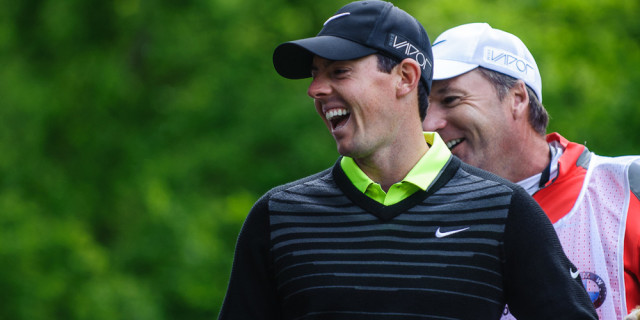 "At Chambers Bay, we hit a lot of drivers but it was obviously very dry there. Last year at Oakmont was a little bit of a different story, it's more of a tactical sort of golf course, even though it was wet and played quite long, too.

"But I think driving the golf ball is a big skill in golf, and I feel like this golf course definitely tests that. And you need to have driver in your hand here if you want to take advantage of the golf course."

Measuring 7,741 yards on the scorecard and with rainfall forecast, the long and accurate drivers in the field will surely have an advantage on this visually intimidating layout, and few are more accomplished off the tee than the former world number one, seeking his first major victory since the 2014 US PGA Championship.

Jack Nicklaus always ruled out players who had been critical of the setup of a course during a tournament week, otherwise focussing on adapting his own game to the conditions. Rory McIlroy is clearly following the same approach as the most decorate champion in history.