Thoughts and Reflections from Wentworth

On weeks such as this, nobody does it better. Huge crowds, a magnificent course, a fitting champion and a show-stopping finale from the Kaiser Chiefs - has there ever been a better BMW PGA Championship? Probably not.

And yet...why was there no Sergio Garcia? Why did Jon Rahm decide that he preferred to play in a run-of-the-mill PGA Tour event instead of showing a vast British crowd what they have been missing? Will Rory McIlroy ever again enjoy an injury-free season. His image was all around the West Course at Wentworth, his withdrawal coming too late for the European Tour to remove it.

Player after player praised the revamped greens - and the putting surfaces were magnificent. Ian Poulter putted miserably, but was quick to say that the blame lay with him, not the greens. Justin Rose, Alex Noren, Henrik Stenson, Padraig Harrington, Francesco Molinari - each and every one of them spoke of how they loved the changes, of how true and fast the greens were. The remodelling has been a triumph, the future of this showpiece tournament safe for the foreseeable future. 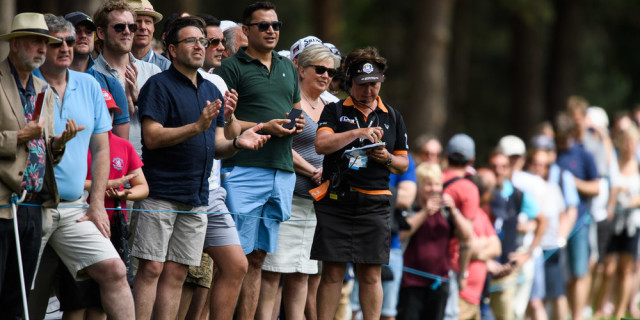 South African Branden Grace went into the final round one off the lead. Many onlookers will secretly be pleased that he did not win. And why? It all goes back to his controversial drop in a bunker on the 13th hole during the first round. After making an eagle on the 12th to move into a tie for the lead, Grace’s approach to the 13th plugged in the bank of a bunker, leaving him with an awkward lie on the upslope.

However, after taking his stance in the sand, the 29-year-old called in a rules official and said his feet were touching the rubber sheeting at the base of the bunker, thereby entitling him to a free drop.

The decision was met with a torrent of criticism on social media, with Danny Willett, whose former caddie Jonathan Smart is now working for Grace, writing on Twitter: “@EuropeanTour please explain that drop?! Burying feet enough in to get to the base of the bunker???”

Grace maintained he had not done anything wrong. Asked about Willett’s opinion, Grace added: “There is always going to be a thing like that. If it wasn’t him it would be a spectator. You are always going to get some good vibes and some bad vibes, that is just the name of the game.

“There were a couple of players that said some stuff but a couple of guys came up to me on the putting green. I don’t think I did anything wrong. The rules official was there and he made the call so that is the end of the story. 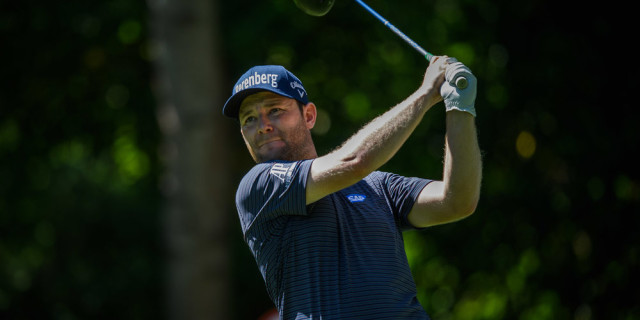 “With seeing what people said about it there is a little bit of regret, but again it is the rule. I didn’t make those rules and at the end of the day it could have worked to my advantage but I made bogey.

“I probably could have made bogey from where I was anyway so I probably didn’t take full advantage of the situation I guess.”

On the same day, Ernie Els showed how the game should be played when he called a penalty on himself. Els appeared to have chipped in for an eagle on the par-five 12th at Wentworth, but instantly realised he had not replaced his ball in the right place after checking to see if it was plugged.

The four-time major winner was therefore assessed a two-shot penalty and eventually signed for a one-under-par 71.

“I pulled my second shot a bit left and hit it into the bank of the bunker,” Els, 47, explained. “I thought it was plugged, so I asked my guys (playing partners) if I could check it and they said, ‘Yeah’.

“I put it back and I hit my chip shot and I just felt uncomfortable by the way the ball came out. The ball came out way too good so I felt I didn’t quite probably put it exactly where I should have.

“Under the rules you try and put it back the way you think it should be, but I still felt uncomfortable with it, so we took a two-shot penalty. I know deep down the ball wasn’t quite where it should be and I wouldn’t be able to live with myself.” 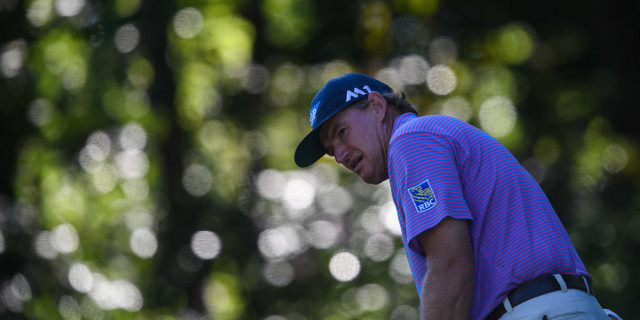 Els also deserves praise for the part he played in the latest redesign of the West Course, which has met with universal approval from his fellow competitors.

“The greens are absolutely as pure as you can find,” said Els, who was visibly upset by criticism of his original redesign in 2010. “Next week we’ll be playing the Memorial (at Muirfield Village) and I think these greens are running just as good or better than the Memorial, or Augusta for that matter. We listened to some of the players comments through the years since we started first changing and I think I feel we’ve got it right this time.”

The £5m renovation programme started eight days after Chris Wood’s victory last year, with all 18 greens stripped and reseeded. The greens on the eighth, 11th, 14th and 16th were completely rebuilt and another five – the third, fourth, fifth, 12th and 15th – were partially rebuilt, while a sub-air system as used at Augusta National was installed under all 18 greens.

All of the bunkers were redesigned and a total of 29 removed. The West Course is once again the jewel in the European Tour's crown - a fitting venue for its flagship event.