Fun and Innovative GolfSixes Should be Embraced

THE gin-and-tonic brigade will be spluttering into their drinks this weekend. The retired colonels and doctors will be muttering: "That's not golf." And the stuffed shirts will be accusing everybody involved with the European Tour of losing their marbles.

But do you know what? They will all be wrong. Golf needs innovation and needs to put the customer first. It also needs to do something to attract a younger audience. It may not be golf as we know it, but let's hear it for a revolutionary new event called GolfSixes, which lands at Centurion Golf Club in St Albans this weekend and we should all be excited and enthralled by what we about to witness.

The field will comprise two-man teams, accompanied by a number of personalities, representing 16 different nations. Players from Australia, Belgium, Denmark, England, France, Holland, India, Italy, Portugal, Scotland, South Africa, Spain, Sweden, Thailand, USA and Wales will compete against each other for a prize fund of €1m as the six-hole circuit winds around an activity-packed fan zone.

Hosts Vernon Kay, Anna Whitely, Andrew Coltart, Nick Dougherty and Henni Zuel, and celebrity guest commentators including cricketer Kevin Pietersen MBE and actress, singer and presenter, Denise van Outen, will keep fans at the venue and at home up to date with the action.

Players will walk to the first tee accompanied by fireworks and music, with the galleries seated in grandstands and huge television screens located at each tee and green. Keith Pelley, the chief executive of the European Tour, is to be commended for the work he has done in bringing us this tournament. Following a lead first taken by snooker, the players will face a shot clock, counting down from 40 seconds for every shot. Anybody who fails to play their shots within the time limit will suffer a one-stroke penalty. Digital clocks will be display the countdown at the tee, fairway and green, so you can be absolutely certain that players will come under pressure from spectators as time ticks away.

So, loud music and shot clocks - you will have already worked out that there is no place in the field for Colin Montgomerie, famous for his ability to be able to hear the grass grow, or Keegan Bradley, the slowest player professional golf has ever known.

The 525-yard third hole will provide an opportunity for players to demonstrate their power as the leaderboard is transformed into a long drive competition.  There will also be a nearest-the-pin contest, with fans encouraged to get in on the action at the par-three fifth hole. Every birdie recorded will see money being donated to charity.

In other words, we have a tournament that will be fast and entertaining, something that is sure to put smiles on faces and, crucially, is likely to appeal to a young audience. Let's have some more of this kind of thing please. 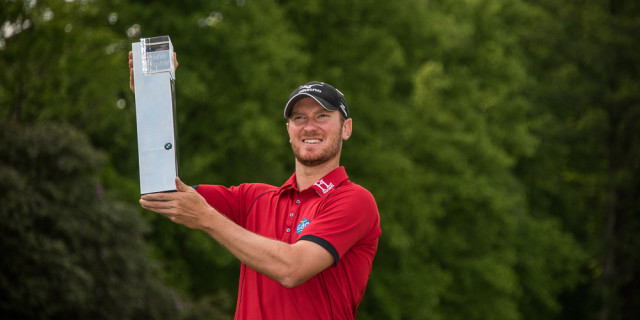 So how does it all work? The Teams will play in greensomes format, where they select their best tee shot and play alternate shot thereafter. On Saturday, the teams will be split into four groups of four, similar to the Champions League football group stages. The top two teams from each group progress to the knockout stages – the quarter-finals, the semi-finals, a 3rd/4th place playoff match and the final – all of which will be contested on Sunday.

In the case of a tie or ties in the group table after all matches have been played, each team’s total points differential from the three matches (similar to goal difference) will be used to determine the qualifiers to the knockout stages. If this does not resolve the tie, it will be decided by a hole-by-hole play-off on a shortened play-off hole on hole 18. In the knockout stages, matches are played over as many holes as is required to determine a winner. Any match that is still tied after six holes will be decided by repeated play of a special playoff hole until a result is determined.

It is safe to say that although every player taking part at St Albans will want to win, the top priority will be to have fun.

The teams taking part are as follows:

Chris Wood and Andy Sullivan will start as favourites, but they will be chased all the way by Darren Fichardt and Brandon Stone, Thorbjorn Olesen and Lucas Bjerregaard, Alex Levy and Gregory Bourdy and Sam Brazel and Scott Hend.