WHILE the world of golf rejoices at Sergio Garcia's memorable Masters victory, the real class act in the field was not the winner, but the man he beat into second place.

Those of us who have followed Garcia throughout his career have watched a man who has spent much of it at odds with himself and those around him. At the age of 37 he has finally grown up. And about time too. But there have been some dark moments along the way. Remember him kicking off his shoe in the direction of the gallery at Wentworth? Or being utterly ungracious in defeat when Padraig Harrington beat him to the USPGA title? What about his histrionics in a bunker at the 2010 US PGA or at the Dubai Desert Classic? Or his decision to walk away from golf because he was no longer enjoying it? Whenever he came close and failed to win, it was never his fault. He could never accept that he had simply been beaten by the better man. "Why me? Why do I always get the bad breaks?" It was the sort of behaviour we would never have witnessed from the likes of Tiger Woods or Phil Mickelson.

Then there was a press conference at Augusta National five years ago when he sat in front of the world's media and tell them that he had realised he simply wasn't good enough to win majors. It was a bizarre performance, one that was surely designed to draw sympathy from those who witnessed it and later read about it.

But through it all, we have continued to root for Garcia. Why? He has had his trials and tribulations on the greens, which is something we can all relate to. We watch him with our hands in front of our eyes when he stands over a four foot putt - we want him to hole it, but we expect him to miss it. On Sunday at Augusta, he still missed a number of crucial putts - the one for birdie on the 16th, the four-footer on the final green in regulation. But when it really mattered, he found a way to get the ball in the hole. The putt to save par at the 13th, his putt for birdie at the 14th and the eagle putt at the 15th were all heroic efforts. 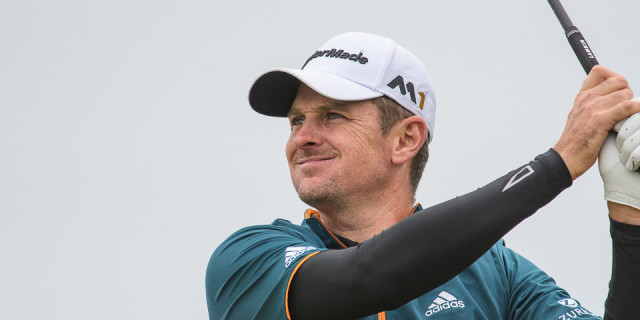 It was heartwarming to see his reaction when the final putt dropped at the first playoff hole, and it was not surprising to see all the emotion coming out, but Justin Rose, who finished second, deserves a moment or two of our consideration. In the immediate aftermath of defeat in the tournament he wants to win more than any other, Rose's first thoughts were not for himself. "It is impossible not to feel good inside for Sergio," Rose said. "I know what he has been through to get to this place and I couldn't be happier for him.'

In truth, Rose probably wanted to kick the nearest cat, but what he said struck exactly the right note, and summed up how most of us felt. Remember that Rose was on the receiving end two years ago when Jordan Spieth won at Augusta - in almost every other year, Rose's play in 2015 would have been good enough to win, but it was not to be. And on that occasion, too, he was magnanimous in defeat.

When he first turned professional, the Englishman missed 21 successive cuts, lost his tour card and had to go back to qualifying school. It was a tough lesson but he learnt well. He discovered that anything worthwhile requires a lot of hard work and dedication. Through it all, there were no hissy fits, no petulance, no refusal to talk to the media, just dignity. Endless dignity.

Congrats @TheSergioGarcia
Incredible battle out there. Sport in the moment can be tough. But it's just sport. Hope you guys enjoyed it. pic.twitter.com/er7OzrdTgA

Rose will take heart from another fabulous performance at Augusta and will walk away knowing that his chance will surely come.

And that brings us to several of Europe's likely lads. Thomas Pieters seemed to throw away a bucketload of shots over the four days of the tournament but was right there at the end. Sadly, it seems inevitable that the European Tour will be losing Pieters to the PGA Tour. The big Belgian has everything to succeed in America, and he now knows that he also has the game to win a major. When he learns to take the rough with the smooth he will take some beating.

Jon Rahm has burst upon the scene in 2017 and there were many, this correspondent included, who believed he could defy the odds and win The Masters at his first attempt. He started off brightly enough and made lots of birdies. He also made plenty of bogeys and finished the week three over par. But he now knows where not to hit the ball, and that is the key to scoring well at Augusta.

Don't read too much into the struggles of Tyrrell Hatton. Yes, he made missed the cut, but he won't do so in 12 months time. Hatton still struggles to keep a lid on his emotions but he is a highly intelligent young man and will have absorbed a great deal from his experience this year. The course is actually made for him.

Many people thought that Matthew Fitzpatrick would challenge for the Green Jacket and he briefly contended before falling victim to the vagaries of Augusta National. One of the best putters in the game, he suffered the humiliation of putting the ball 30 yards off the ninth green having started 25 feet from the hole. His head went down, his shoulders slumped. Fitzpatrick finished seventh in 2016 on his first trip to The Masters as a professional. Now he knows just how tough this course is - and he will come back stronger for the experience.

Once again, Paul Casey proved that he is a truly world-class golfer. Once again, he came up short. But Casey is the complete golfer. He is a magnificent ball striker and putts superbly on fast greens. Thomas Bjorn really needs to take him to one side and have a word with him about rejoining the European Tour because he would be a huge asset to the Ryder Cup team next year.

Finally, we turn to Rory McIlroy. What on earth was he thinking when he arrived in Georgia and admitted to the world's press that he felt huge pressure about playing in The Masters, the one tournament he needs to win to complete his career Grand Slam? We know you feel pressure Rory, but keep it to yourself, please. He made 15 birdies in 72 holes and, quite frankly, did well to make the cut - not many golfers would have made it to the weekend playing the sort of golf McIlroy did over the first two days. And that tells us that even when he is not at his best, he can still compete with the best in the business.

One thing is for sure though - European golf is in great shape.