Under Armour Spieth One Shoe Review 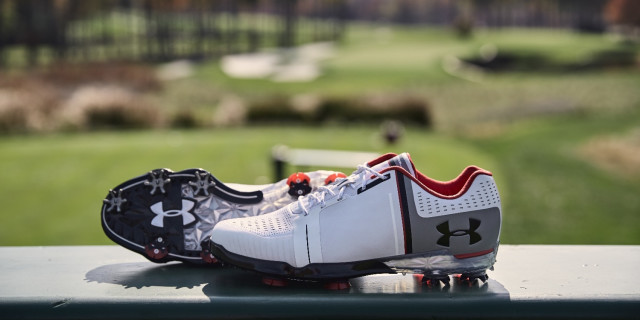 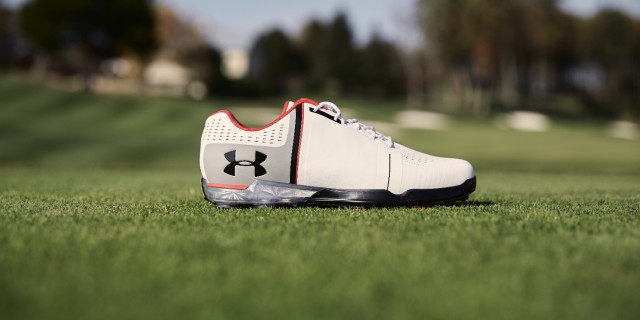 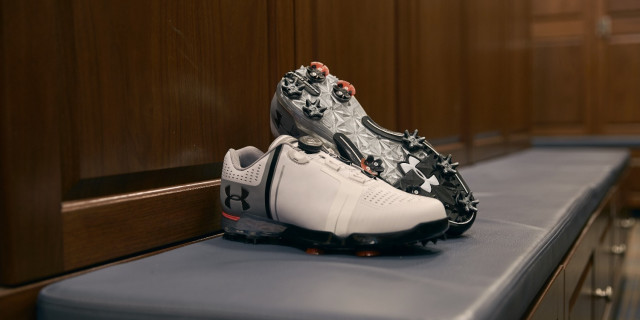 Under Armour have launched the Spieth One Golf Shoe for 2017, it signals a major development in their shoe range for not only this year, but also the future. They have placed a lot of faith in Spieth in recent years and the development of a signature shoe with the talented American is the latest signal that they believe he is the man to underpin the golf division of the brand.

So, how does this shoe stack up? Well Under Armour have been working with Spieth for some time on the shoe and have brought some unique innovations to market. This is what Under Armour had to say on their new Spieth One shoe:

The  Spieth  One has been engineered as “  Down  to  a  Science;”   this is a  nod  to  the  concentrated level of detail by which the shoe was designed and mirrors Jordan’s precise approach to his game on the course.  Jordan worked in close  collaboration with Under Armour to  meticulously craft  this clean, bold and innovative shoe that  features a number of technical design  elements that were dictated by Jordan and his game.

So, Under Armour have clearly put a lot of effort into producing what they believe is a great shoe for Jordan Spieth, but what will it perform like for everyone else? I headed onto the course to see just how the shoe would work for me:

Now, the looks are not going to be everyone's cup of tea. The shoe is a classic shape, but quite busy, certainly It has plenty of detailing and you will notice the synthetic materials that are quite obvious up close. The Jordan Spieth logo is plastered on a good portion of the shoe with his logo punched into the shoe in the form of pin pricks. That being said, this is well done and not too loud, which for me is a good thing.

Personally I like the look, it definitely has classic lines, quite narrow, but the design adds a super modern edge. This is something that is synonymous with Under Armour and Jordan Spieth and it is nice to see that consistency running through to the shoe.

Having spent much of the summer playing in super light-weight spikeless shoes, this shoe feels a touch on the heavy side, not the sort of weight you might have found in a classic leather shoe, but heavier than some on the market. In Under Armour's defence, they have done everything they can to reduce weight while not sacrificing traction and stability. This is evidenced in the use of synthetic materials.

Despite narrow look and weight I found the shoe a great fit and surprisingly comfortable, in fact  they were not far off the same levels of comfort that I have come to expect from a spikeless shoe. A nice surprise!

While I have some reservations about the weight of the shoe, you cannot argue with the performance in terms of stability. It is rock solid, I found it surprising how such a hard plastic molded sole could lead to such a comfortable fit, even playing my first round in the shoe I had no issues with soreness and I felt like I had been wearing the shoe for weeks.

The connection that you get with the ground is very impressive, it is maybe the most stable shoe I have ever worn and the spike technology that Under Armour have incorporated is noticeable, certainly these Spieth One grips the ground almost like no other!

Stability and traction are the great strength of this shoe. I felt like I was glued to the ground. Even in wet conditions the shoe inspired confidence!

The price!  I know £150 is a lot to pay for a golf shoe, but I was slightly surprised they were not closer to the £200 mark. You get a lot of shoe and a lot of innovation for your money.

The weight is a slight issue for me. I would question the wisdom of wearing these for 36 holes in a day over a super lightweight shoe unless the weather was wet.

The special rotational spike will have to be replaced by going direct to Under Armour.

A shoe that ticks nearly all the boxes. If you are looking for a serious performance shoe and like the feeling of stability and traction from your golf shoe, this is one you must consider!