Heading into the final round 3 shots ahead, Graeme Storm held off the challengers to cement victory at the BMW South African Open. Gaming his new 2017 TaylorMade M1 440 Driver, Storm drove the ball superbly averaging 301 yards off the tee and hitting 71% of fairways for the week.

With the round heading to a playoff after the world #2 bogeyed 17, an enthralling first 2 holes saw Storm make his par both times. Sending his approach shot into the centre of 18 for a third time, Storm holed out to wrap up a third consecutive par and his first tournament win in over 9 years. 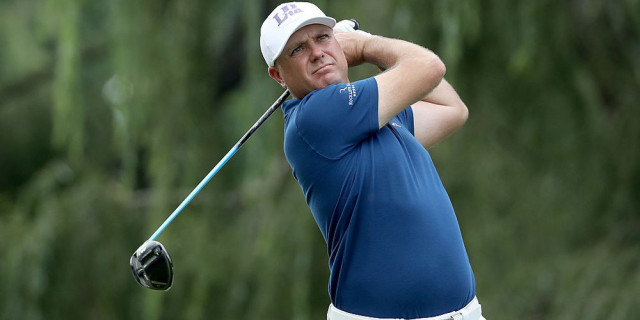 After the round Graeme Storm said how it was a “dream come true”, especially after narrowly avoiding losing his card in November 2016.

The 2nd win for Storm on the European Tour also marks the first worldwide victory for the new 2017 M1 Driver, launched in early December and available at retail beginning 27 January 2017.

"We set the back track to higher and set the hosel 1-click lower. He [Graeme Storm] dropped spin, kept his launch, and added yards. He couldn’t believe how easy the switch was." - Chris Trott, Director of Global Tours.

In Graeme's Bag at the BMW South African Open: