HE DIDN'T come right out and say it, but nobody would be surprised if Andy Sullivan was to admit that he didn't especially enjoy his Ryder Cup debut. He was paired with Rory McIlroy in the opening day foursomes and stepped up to the plate to hit the opening shot. 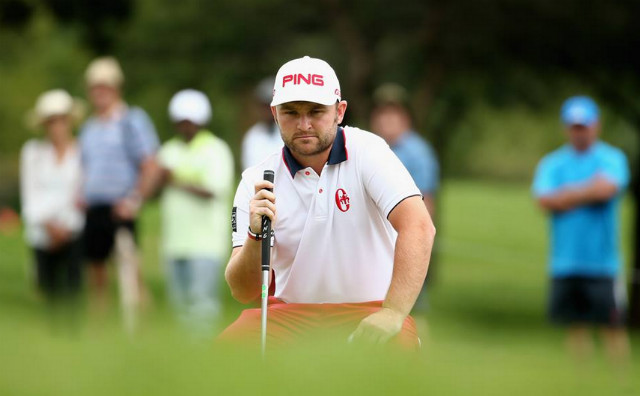 The Englishman played better than his illustrious partner but, unfortunately, he hit an iron into the water at the 17th hole, a shot that cost the pair the match. With that, he was dropped for the fourballs and sat out the action on Saturday before finally returning to the action for the singles at Hazeltine. Unsurprisingly, he lost to Brandt Snedeker.

Sullivan says he is now looking forward to focusing on the day job again at the British Masters at The Grove, and who can blame him? His victory in the Portugal Masters 12 months ago was his third of the year and he pushed McIlroy all the way in the season-ending DP World Tour Championship in Dubai. Despite a good run of form in the summer, Sullivan only just squeezed into the European team as an automatic selection, but nobody would argue that he thoroughly deserved his place -  and it would be a surprise if it is not the first of Ryder Cups for one of the most popular players on the European Tour.

"I feel like it's a lot of weight off my shoulders now with the Ryder Cup done, I can try to get back to winning ways," says Sullivan. "There was a lot of pressure for me, especially at the end, trying to get into that team and it sort of took away from going out there trying to win events.

"It's nice not thinking about how many Order of Merit points I'm going to pick up and things likes that. I want to try to have as big a finish as possible and get myself cemented in the top 50 in the world and make sure I'm ready for all the majors again and stuff next year. If I do that, I'll have picked up some top finishes somewhere along the line.”

Sullivan, who is 14th in the Race to Dubai, was one of the eight tour professionals who played in the inaugural Hero Challenge on the eve of the British Masters, with the players contesting a one-hole shoot-out under floodlights. And he loved it. More than 2,000 people watched the action on a specially-constructed par-three on The Grove's 18th hole and Sullivan said: "It's a fantastic way to showcase the characters we have on the European Tour and show that golf is not an old man's game, and it is actually fun to play golf."

As long as Sullivan is around, you can guarantee that there will be plenty of fun and games as he always plays with a smile on his face.

The shootout was won by Alex Levy, of France, who recently won the European Open in Germany after a playoff. With a knockout format, Levy faced Alex Noren in the final. “That was a lot of fun,” said Levy. “I said to Alex that I felt more pressure there than in the playoff in Germany, which is ridiculous. 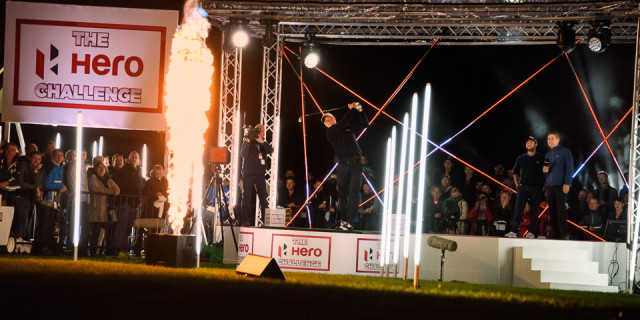 “It was amazing to see the crowds and everyone enjoying it. Golf needs something like this and it is a great idea. We did the Fastest Par Five earlier this year which was great fun and this was amazing too. I really enjoyed it, and it is always nice to win.” In the process, he earned £10,000 for charity.

Noren also enjoyed the experience.  “This was similar to a tournament in that you want to hit a good shot, but there was a bit more pressure in some ways because of the crowd,” he said. “It was fantastic to see so many come out and support it, and it was great. I would love to do more of this.”

Levy had progressed from his opening round match play clash by defeating Sullivan before beating Luke Donald in the semi-final, after Donald had seen off India’s Jeev Milkha Singh in the first stage.

In the other half of the draw, Noren beat Austrian Bernd Wiesberger before dispatching Ireland’s Shane Lowry in the semi-final after Lowry had defeated Andrew Johnston in the previous round.