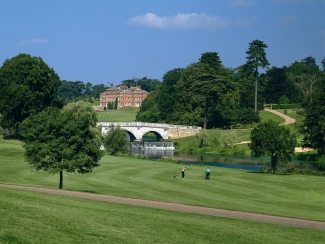 Some say that having to shape a golf course around natural waters or land is not the way to produce a championship course nor are you able to get the course looking and playing as you want it too.

The Melbourne Course at Brocket Hall is one of many an exception though as you plot your way around the grounds of the great hall and River Lea which comes into play on five holes and when I say comes into play I mean you have to cross it and play next to it which believe me some approach and tee shots are very daunting.

The voice of golf on the BBC, Peter Alliss along with Clive Clark designed the course which was opened in 1992 and the par-72 measures 6,616 yards from the white tees.

Although short in comparison to some it’s how you play the Melbourne that will get you a good score as you have to plot your way around the accurately placed fairway bunkers and precise of beautifully manicured undulating greens. And of course the River Lea can wreck your card from very early on as you come into contact with it three times in the first four holes. 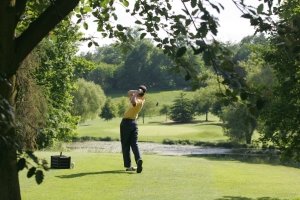 your ball running down to the river that runs all the way down the right hand side you can still find a lot of trouble here.

It doesn’t get any easier on the 2nd hole (right) either as you cross the river for the first time and maybe at its widest point too.

On the other side you see what looks like a small target on this par-3 which is 191 yards off the back. I’d say it’s probably one of the toughest par-3’s I’ve ever played as you really have to commit to your shot otherwise reload and try again.

After the relatively easy par-5 3rd where you’d look to pick up a shot or at least par it if you had a bad start you then come to what I consider the toughest hole on the course. Officially stroke index two the 4th is a long par-4 that is 465 yards from the back tees and as you look down from the tee all you see is the 16th green in the distance. If you’re long enough the fairway runs out at 317 yards then you turn and the hole dog-legs right and you face another shot with a long iron or hybrid club that crosses the River Lea (top of the page). You have only 16 yards to land the ball on dry land before the narrow green starts which is protected by two bunkers, one front right and the other to the left. A truly great hole and if you walk away with a par, you’ll be smiling all the way to the next tee.

Much like the 3rd the 5th is a short par-5 where if you miss the seven, yes seven fairway bunkers scattered up the fairway and the four around the green you’ll hopefully be making a good score here.

The front-nine finishes with two interesting holes the 8th is a 383 yard par-4 which dog-legs about 90 degrees right and heads downhill towards the Melbourne Lodge hotel. Although quite short you must keep your ball in play and under control to make a good score before you had up the hill to the 9th tee and shoot downhill on the par-3 which crosses the road that leads to the hotel. At 148 yards from the back it’s not the longest but the green is perched and raised a little so 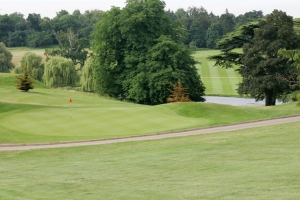 hold your iron and be prepared from a swinging putt on the tricky green. (Right)

Two long holes greet you starting the inward nine. Both fairways are covered in fairway bunkers which if you hadn’t guessed is somewhat of a trait of Alliss and Clark when given the huge land to build on. They decided to give players the room to play and reward accuracy and punish being wayward which in my opinion makes a great course. It’s also a thinker’s course; you can’t just go up to a long par-4 and take out the driver with the way the bunkers are positioned. If you can also move the ball either way then I think that will be an advantage as well as you’ll rarely find a ’straight’ drive from a tee.

The 10th is a par-5 that dogleg’s right and the 11th is the hardest hole on the course. There’s no real danger from the tee but you have it all to come up towards the green.

The 12th and 13th are short par-4’s but accuracy is needed from the tee before you play the longest par-3 on the course which is the 221 yard 14th.

Dog-leg left and down the hill on the 15th before reaching the 16th tee which can argue it out with the 2nd, 4th and 18th holes as to which one is the signature on the course. It’s a complete reversal of the 4th hole and all you see from the tee is the 4th green so you have hit back across the river and then take a slight dog-leg left crossing the 4th green to find your target. The approach is slightly raised so a well controlled iron is required. The hole is named ‘Waterfall’ for a reason.

The 17th takes you up the hill towards the raised 18th tee, but watch out for the huge expansion of sand the covers around 60 yards all the way down the fairway.

Then you come to the last tee shot (below left) and what a sight it is. Firing down the hill towards the river, all you see is the fabulous Brocket Hall in the distance. Pick your spot and just let rip as the fairway is very wide. If you’re lucky enough to pick out the two un-surprisingly well placed bunkers then your mind is made up about laying up.

The approach really is risk and reward. If you’re long enough and want a go at the green then good luck. A lay-up is the more sensible option but then you still have to get it across the river for the final time. Your wedge play will certainly be asked questions here as the green is only 24 yards long and rolls from back to front towards the water so control is need to. When across, the green is probably one of the most undulated of them all so your ball is not dead yet.

The fun certainly isn’t finished though as if you’re carrying or have a trolley then you can cross the River Lea by Brocket Hall’s automated ferry (below right) that takes you to the green. The only one of its kind in the country it’s a great way to finish your round.

Brocket Hall is very lucky to have two courses of which are very different. Read the Palmerston review here but the Melbourne is very much a thinker’s course as previously mentioned. If you want to be tested on your course management and like large undulating greens and well planted hazards and if you’re willing to pay the green fee then I’d say that the Melbourne is certainly a course you should try. Out of the two I do prefer the Palmerston if I’m honest for reason stated in the review but that takes nothing away from the Melbourne. So it’s easy when visiting one of England’s oldest and best stately homes why not play them both! 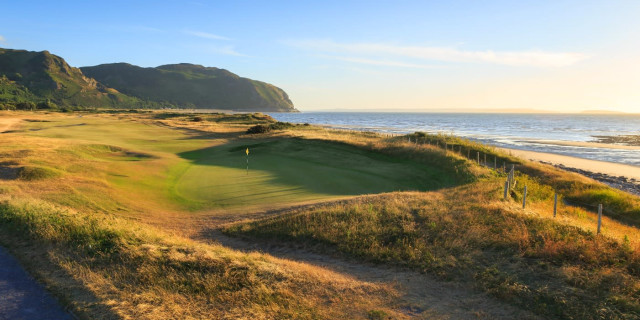 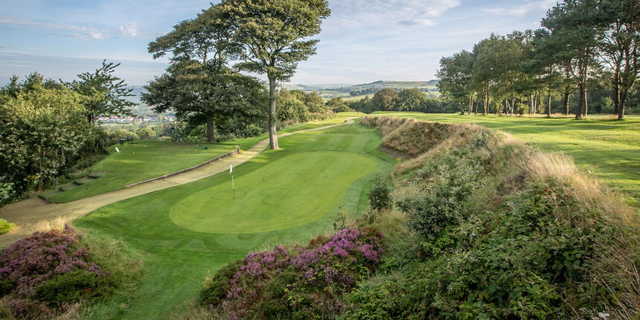