8 Golf Courses to Play in Alicante

The area of Alicante is a highly sought after destination for a holiday. Warm weather, good food and an excellent array of activities is what entice visitors to this popular area of Spain situated in the southeast of the Iberian Peninsula.

However, the region is also an outstanding hub for golf with several golf courses within the local vicinity and with so much variation, you’ll be discovering new courses to play all the time.

Golf tours are also available for purchase, will which allow the traveller to play several layouts for a reduced cost.

Below, we provide information on eight of the best golf courses that Alicante proudly boasts. 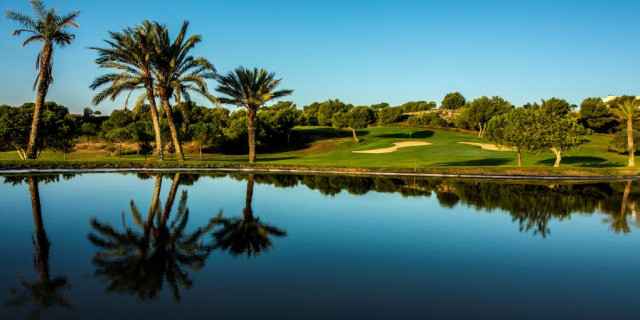 Alenda Golf course was designed by Roland Favrat and his vision was to respect the established environment nestled around the venue. As a consequence, construction of the actual layout was deeply considered and minimal. The course opened its doors in October 1999 and it covers 49 hectares of land while also boasting an excellent practice facility. The par is 72 and it is 6,257 metres in length, which will provide a stern test for the best of golfers. The natural landscape that Roland ensured remained intact is the highlight of a round at Alenda, while the severely undulating greens will reward those who exhibit the art of green reading. 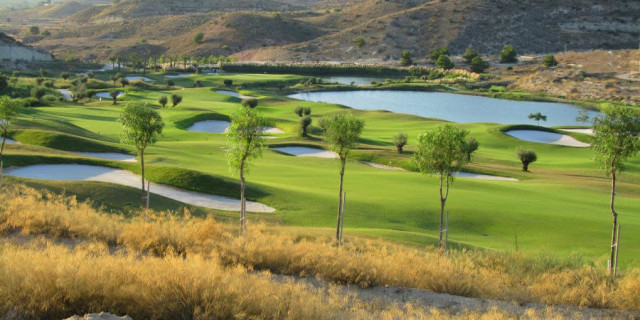 Font del Llop is situated only a 10-minute drive from Alicante International Airport, making this course an excellent one to play on arrival or departure days. The golf course was opened on May 1, 2010, and it is completely surrounded by almond trees, vineyards and ancient olive trees. The layout itself consists of 18 holes and its par is 72, while its American design will encourage golfers of all levels to tackle its unique challenge. Additionally, the state-of-the-art practice facilities will have you readily prepared before taking to the warm Spanish sun. With five tees on every hole, Blake Stirling and Marco Martin, co-designers of the course, have thought of every golfer’s needs. 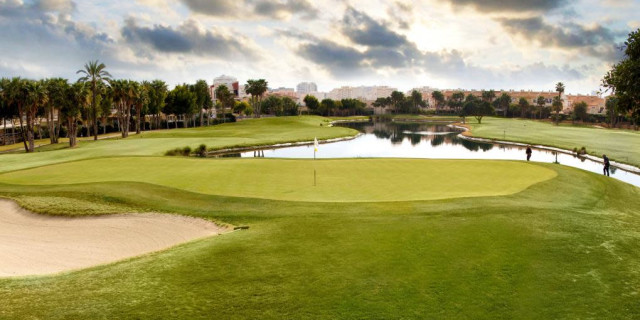 Alicante Golf officially opened its doors for business on 23 January 1998. Thousands of trees dominate the landscape of the course and considering it is a Seve Ballesteros design, the golfer can expect a challenge yet fair reward for immaculate decisions. The Spaniard designed the layout with five lakes affecting 12 of the 18 holes and the general consensus is that Alicante Golf is one of the best courses within the district. It is also a welcoming layout, with wide fairways and no blind shots. However, while the landing zones may be generous, the speed of the competition-standard greens will require the utmost of concentration.

Villaitana Golf Club proudly boasts a collection of two championship golf courses, leaving the visitor with a luxury decision to choose from. The Levante Course is an American style layout with wide fairways and innovatively shaped greens. The expansive view of the Mediterranean Sea provides the perfect backdrop for an afternoon in golfing paradise. The Poniente Course is shorter and it is situated on the hill side of a Mediterranean pine with beautiful vistas of the valley and local mountains. While it may be shorter in length, do not let it deceive you. This course will require precision from short irons while providing the harshest test for the golfer’s short game. Who said length is everything? 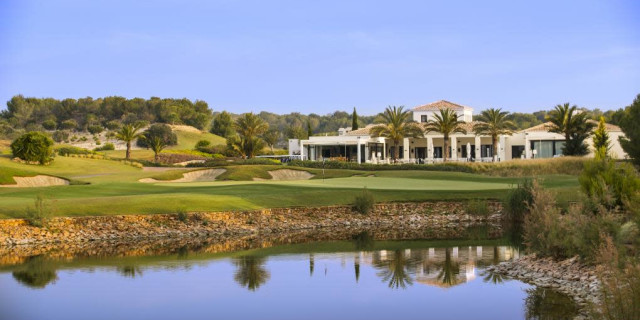 Cabell B. Robinson sprinkled his magic on Las Colinas, which is widely regarded as the grandest golf course within the Alicante area. The team at the club want to provide an excellent test of golf while also ensuring the enjoyment is not compromised by adjusting the difficulty of the course. Equipped alongside this championship layout are second-to-none practice facilities - including a driving range of natural lawn. While the wide fairways and extensive greens may indicate an American style, no two holes are similar as you traverse the beauty that is Las Colinas.

Villamartin hosted the 1994 Mediterranean Open and has seen many touring professionals play its impressive layout. During this competition, Jose Maria Olazbal bested Paul McGinley in an exhilarating playoff, which is a testament to the challenge that it presents. The course was designed by Paul Putman and it is located within a mile of the sea between Torrevieja and Murcia airport. Due to its construction on a hilly landscape, the opening nine displays vistas of the sea well-below your feet. The second nine, however, provides the golfer with spectacular views of valleys as the final stretch will require avoidance of plenty of ravines that come into play.

La Finca golf course first opened its doors in August 2002 and this stupendous layout was designed by the revered Pepe Gancedo - who was an excellent amateur player in the Spanish circuits. You’ll find the typical themes at La Finca: wide fairways, exquisite views and undulating greens. The unique selling point of this spectacular course is the varied greens and the variety of challenges that they offer up. A special note to hole 7 and 14, where the former is of square shape with large dimensions and the latter is similar to a Chinese wok, with its round structure. 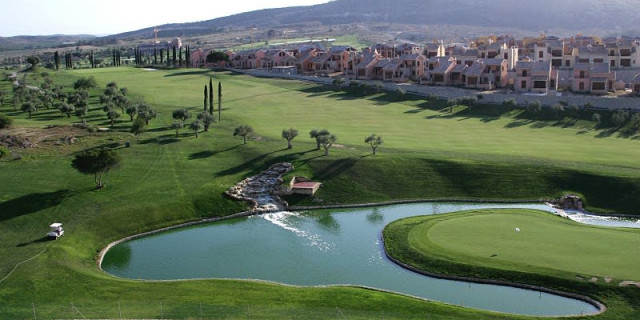 The golf course at Las Ramblas was built into the wonderful landscape of Mediterranean pines and the naturality of watercourses. The environment that encapsulates the course is the main event, providing the golfer with rich vistas. While the greens are generous in their sizing, they are quick and will require immaculate pace control if you are to avoid too many three-putts. The clubhouse is modern and cosy and the practice facilities are well placed for the golfer to warm up efficiently for their round.

Considering its climate is Mediterranean, a golf trip to Alicante is virtually viable all year round. Coupled with the tremendous weather are bustling areas of Spain such as Benidorm which is only a short trip from Alicante.