Mallorca is finally emerging as a European golfing destination to be reckoned with more than 80 years since the first course opened.

The Spanish island may not have the draw of its mainland counterpart and Portugal, or the perceived value-for-money offering of the likes of Turkey, but it has the appeal of being very easy to get to, and features off the course attractions that are second to none.

The first ball was struck on the largest of the Balearics Islands in 1934, though the game was bunkered in 1936 by the Spanish Civil War and the subsequent World War Two. It was not until 1964 when it re-emerged at Son Vida, a luxurious neighbourhood situated in the hills overlooking the Bay of Palma. 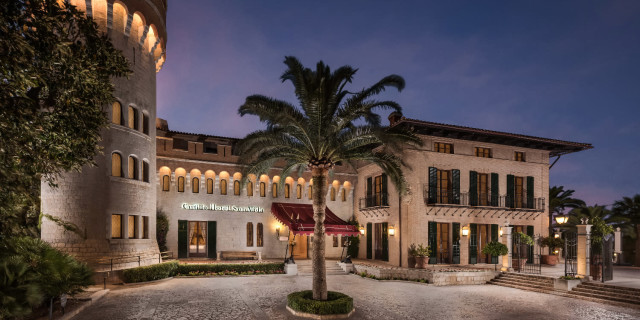 The course opened to a blaze of international publicity thanks to its inauguration by Prince Rainier of Monaco, who had honeymooned at the hotel three years earlier with Grace Kelly.

Today the sport’s popularity has grown sufficiently to enable the island to support more than 20 courses. While prices and quality vary, it is the luxurious end of the market that attracts the most interest.

Son Vida was the trailblazer and the resort has maintained its pre-eminence as the island’s premier golfing destination thanks to its three courses and high quality hotels – the stunning Castillo Hotel Son Vida, Sheraton Mallorca Arabella Golf Hotel and the St Regis Mardavall Mallorca Resort owned by the German Schorghuber Group which franchises its hotel management to Marriott’s top end brands and runs its golf courses under the Arabella Golf Mallorca banner.

Castillo Hotel Son Vida, which I have to say is my favourite hotel anywhere, is steeped in tradition but continually undergoes renovations to maintain its standing as one of the finest in Europe.

Golf here is exclusive and expensive, although the eagle-eyed will be able to spot regular offers if they look hard enough. Signing up for the Arabella newsletter via the Arabella Golf website is a good idea in this respect.

The original Arabella Son Vida course is the pride and joy of the impressively elegant Castillo Hotel Son Vida. Set among some jaw dropping properties, it remains one of the most popular courses among the travelling golfing fraternity, and rightly so.

At 5,601m it’s short by today’s standards, but it makes up its lack of length by offering players the need for careful shot-making as well as one of the most enjoyable and charismatic finishing holes on the island. Toughened up in 2011 it is marked by its doglegs running among pine and almond trees and its scary downhill 6th where the long fairway looks as intimating as the Cresta Run. 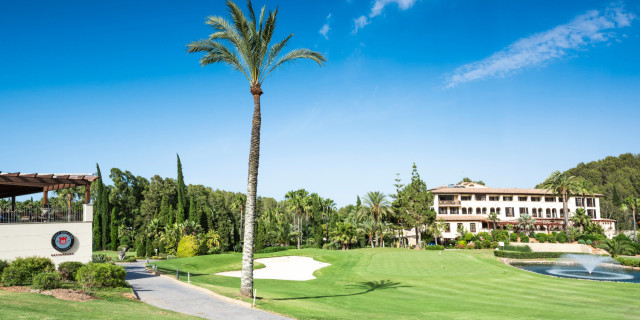 Son Vida is now one of a trio of courses operated by the Arabella Golf Group.

Son Quint is the newest, opening in 2007, and is a little more demanding than the Son Vida course. It’s characterised by two big lakes, and it weaves through typical Mallorcan countryside dotted with pine and olive trees.

It offers great views over Palma and from the 8th tee that faces the capital’s landmark cathedral in the distance. 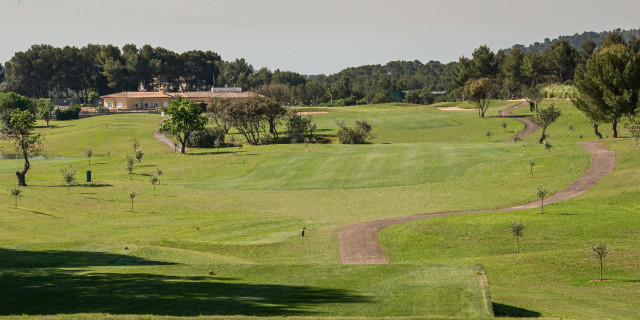 The best of the three, in my opinion, is the Son Muntaner layout that underwent a complete turf replacement programme in 2016, combined with some subtle changes to the greens’ elevations adding a further degree of difficulty. Reseeded throughout with Bermuda Celebration the course is now arguably the equal of the island’s two-stand out courses – Alcanada and Son Gual.

Son Muntaner is a player's course, with a downhill dogleg 1st over water to a well-bunkered green setting the tone. The long 2nd with a water hazard running almost the entire length of the hole on the right, is a serious test for any ability. As well as long par 4s, a huge par 5 15th, very testing par 3s at 7th and 11th there are a number of shorter two-shotters, such as the 17th, but they don’t play any easier. This course is up there with the best on the island, thanks to its variety and challenge. 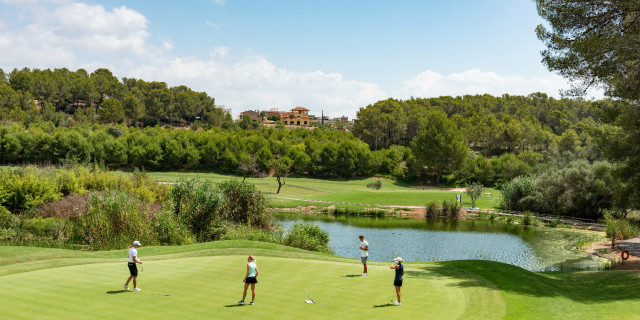 Mallorca is only about two hours flight time away from the UK and with good all year round services from many airports its location is hard to beat. It is also drop-dead gorgeous and has attractions to meet all levels of expectation.

While it is not generally known as a golf destination figures of playing numbers produced by the local golf association are impressive, demonstrating that golfers are willing to pass over their euros in the pursuit of somewhere different to play.

In 2015, more than 600,000 rounds were completed, contributing in excess of 160 million euros to the Mallorcan economy and there has been steady year on year growth.

While Mallorca may not appeal to group of lads seeking golf, more golf and Mahou lager alone, is it ideal for more adventurous travellers wishing to combine golf with other experiences such as sightseeing, the enjoyment of local culture and fine cuisine. 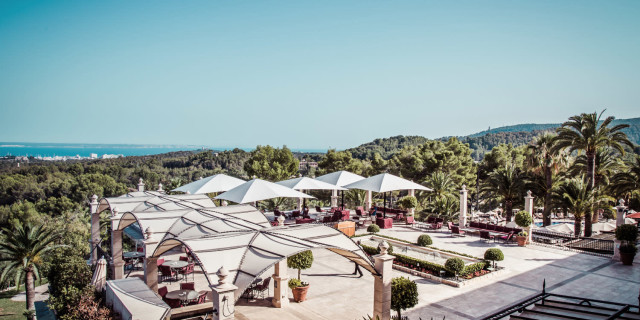 Check out the three Arabella courses, Son Vida, Son Quint and Son Muntaner and note that Golfbreaks.com is offering fantastic deals at the Arabella hotels at the time of writing.

There are regular flights from most airports and the journey from the Palma airport to the Son Vida resort takes about 15 minutes by car or taxi. For airport deals such as discounted airport hotels, parking, including meet-and-greet, see HolidayExtras.

On the outskirts of Palma the three Arabella hotels offer high quality with reduced rates at their three courses which are served by regular courtesy shuttle buses.

No trip to Mallorca would be complete without a visit to the capital city Palma. It offers a fantastic array of bars, restaurants, shops and historic attractions, notably the dominant Gothic Cathedral known as La Seu. Sophisticated and smart, it has something for everybody, for example, dining from a tapas bar crawl, to Michelin starred restaurants.

Don’t ignore local wines and beers that are a revelation. Boutique wineries are providing some excellent reds and whites from local grape varieties, and the craft beer movement features strongly as well.

The Magic of Golf in Mallorca