Organise Your Very Own Ryder Cup 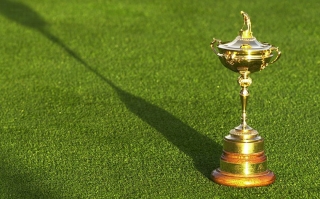 The biggest event in the golfing calendar is nearly upon us but how would you like to play in your very own Ryder Cup style event?

Grab seven (Minimum) of your mates and you can have a great team event that you will never forget.

I said seven because with eight of you playing that really is the minimum you would be able to play with. But certainly the more the merrier! Just try and get even numbers.

You can play the exact format of the Ryder Cup and keep points like they do. It will be a great weekend.

There are some great deals out there through Golfbreaks.com where you can stay for either one, two or three nights.

Obviously the longer you stay, the more formats you can get in!

So for arguments sake let’s say that 16 golfers go on this trip and you are staying for two nights with three rounds of golf.

Eight a side is a perfect number.

So how do you decide the teams? Make sure there pretty even in regards to handicaps. If you have three or four lower handicappers, split them up evenly between the two teams.

So what formats do you play? It will be great if you follow the full Ryder Cup matchplay style.

Click here for more in-depth information about the formats.

When you arrive on the first day it will probably be best to work out who is playing with whom before you arrive so you are ready to go.

Start with the fourball’s. With eight on a team you will have two teams of four playing against each other.

Fourball is where everyone plays their own ball but you work with your partner in trying to beat the score of the other pairing. You also need to take into account handicaps. Whether you all take a cut or you just play off your regular handicaps is something to work out before you arrive again.

If for example one game finishes before the 18th then play on until the end but just remember your score. You don’t want to be giving up any golf whilst your away!

At dinner and whilst having a few drinks I’m sure! Sort out the next day’s pairings for the foursomes. It might be a good idea to have a playing team captain for each side so he or she could pick the pairings.  If not then just pick out of a hat!

So Foursomes. One of the truest of most difficult formats in golf. One ball, two players, you take alternate shots around the course to try and beat the other pairing. A brilliant format.

So another round done, time to check the score. How close are the two teams? Remember it will always come down to the final day and the eagerly anticipated singles.

So who is playing whom in singles? This is probably best done by handicap’s to make it fair. So send the low handicappers out first and against each other, followed by everyone else.

Again make sure you play out until the 18th, so you make the most of your trip. Have one of the first players in the first group out keep a scoreboard either on a bit of paper or a white board. The anticipation will be brilliant as you wait for everyone to finish.

So who has won? There will be great banter flying about between the two teams and that in a nutshell is how to play your very own Ryder Cup.

You can add your own little side games in as well, like nearest the pin or have the captains name their most valuable player or worst if you want to add some comedy value to it!

Also try and have your teams play in the same colours possibly just for the last day just to make it look a bit better and get yourself a little trophy too!

You certainly don't have to stick to a two night, three round stay. You can easily play your Ryder Cup style event on any stay you book.

On a one night, two round stay you can play two fourball matches and drop the singles. Playing fourballs will get the most out of your stay and also keep that team competition involved.

Or if you can squeeze in an extra nine holes then you can play the singles then, over nine holes will make it a very tight finish especially if the scores are close.

So you get the idea.... However long you stay for you can play in your very own Ryder Cup.

Have a look at some of these great deals and play out your own version very soon.

Find many more great deals across the U.K and Ireland or if you want to take your Ryder Cup event abroad have a look at the Europe and Worldwide sections at www.golfbreaks.com

Additionally the Golfshake score tracking system which is available for web, iOS and Google provides an effecitive tool for scoring for individual players, multi player games as well as golf groups & golf socities.  Both the web and apps will provide scoring including group/nett scores, stableford  points, additional stats and leaderboards for the most popular formats. For more information on the Golfshake score, stat and handicap services click here.