THE last time the US Open was played at Oakmont was 2007 when there were only eight sub-par rounds in the entire tournament and the winning score was five over par.

And that winner was Angel Cabrera, who became the first golfer from Argentina to win the event. Cabrera led after 36 holes but a third round of 76 left him four behind going into the final round, seemingly out of contention. Aaron Baddeley, of Australia, led the way, two ahead of Tiger Woods. But Baddeley disappeared from view after starting with a triple-bogey on his way to a final round of 80. 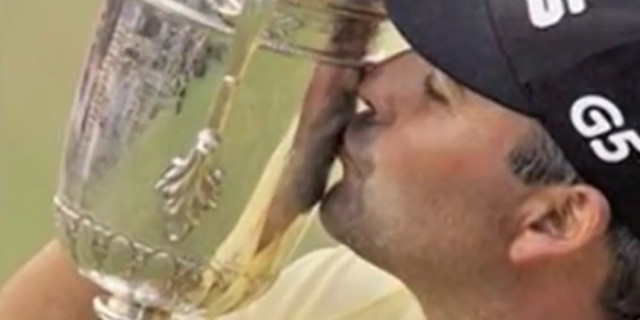 But let's go back to day one in Pennsylvania. Conditions were as difficult as anybody had ever experienced, and only two players broke par. One of them was Cabrera, who had a 69, the other was an English golfer called Nick Dougherty (remember him when he was a tournament golfer?), who shot a fantastic round of 68. Woods was tucked in nicely behind the leaders after a 71, while Phil Mickelson, battling a wrist injury, stumbled to a 74.

Cabrera followed his 69 with a 71 to take the lead at the halfway stage, but he needed a birdie at the 477-yard ninth hole (his 18th) to do so, hitting his approach with a sand wedge to two feet. His nearest challenger was Bubba Watson on 141, with Englishmen Justin Rose and Paul Casey also well in contention. Casey produced a fantastic round of 66 to follow his opening 77. The average score was 76.933, the highest since the final round at Shinnecock Hills in 2004. Stephen Ames was the only other player under par for the day with a score of 69. He was two behind Cabrera, alongside Baddeley, Rose and Niclas Fasth, of Sweden.

Dougherty tumbled down the leaderboard after a 77.

The cut fell at 10 over par and among those who failed to beat it was Mickelson. 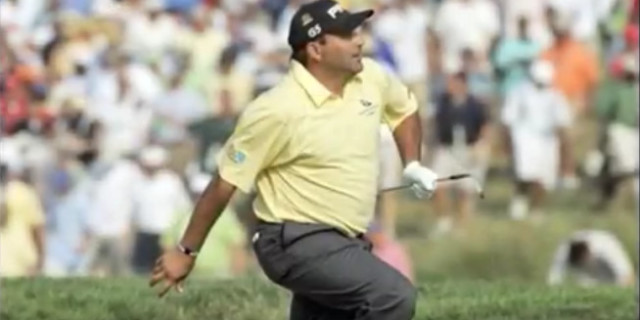 Baddeley produced a second successive round of 70 on day three and finished on 212, two over par, which was good enough to give him a two-shot lead over Woods, who stormed back into contention with a 69, during which he hit 17 greens in regulation - a remarkable achievement on such a treacherous golf course. Although he went into the final round as red-hot favourite, Woods had never won a major by coming from behind. Cabrera was four behind after a 76.

The Argentinian teed off 40 minutes ahead of Woods and Baddeley in the final group. He played brilliant golf and after 15 holes was three under par for his final round, three ahead of Woods and Jim Furyk, who was surging through the field.

After bogeys on the 16th and 17th, his lead was down to one.  Cabrera parred the treacherous 18th hole for a 69 and a four-round total of 285, five over par. He then had to pace around the clubhouse, hoping it would be good enough.

Furyk and Woods both needed to birdie the 72nd hole to force a Monday playoff but neither did, giving Cabrera the victory by a single stroke. Cabrera and Anthony Kim (67 were the only players to post sub-par scores during the final round. 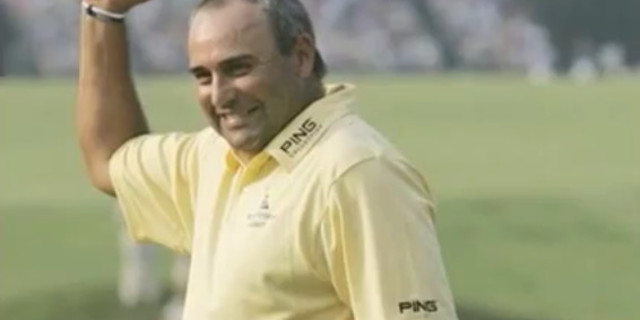 Cabrera was the only player in the entire field to break par twice.

Fasth was fourth, and Dougherty battled back with closing rounds of 74 and 71 and eventually finished in a tie for seventh, one ahead of Rose.