YOU have got to hand it to Tiger Woods - when it comes to talking the talk, he remains world No 1. And that is rather more than can be said for his golf ranking, which currently stands at 414.

Writing on his website, Woods admitted that 2015 was a "tough year physically", but he insists that he can win more majors in the future. That is some statement for a man who will be 40 when he next competes professionally and who has not won a major since the 2008 US Open.

And, despite recovering from two back surgeries carried out in 2015, he is determined to secure a place a place in Davis Love III's American Ryder Cup team, who face Europe in Minnesota. Love has named him as a non-playing vice captain but having missed out in 2014, when Europe coasted to victory at Gleneagles, Woods says he wants to play for his country again.

Tiger still has hope despite a desperately dissapionting 12 months 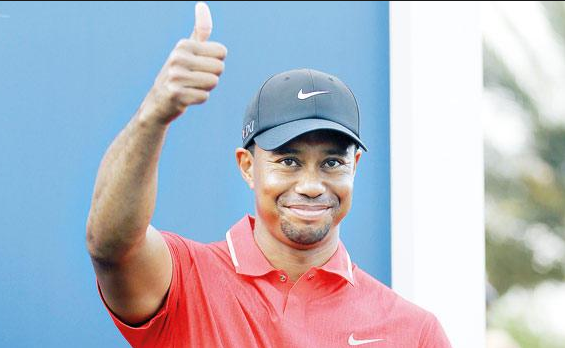 He said: "It was a tough year physically and took a toll on my body.  I had to battle through a swing pattern change and get that organised, because it was awful at the beginning of the year. The frustrating part was not being able to build on it throughout the year. To finally have it switch and turn in the last event I played at the Wyndham Championship, and then lo and behold, I can't physically do it anymore.

"I've had two back surgeries since then, so it's been a roller-coaster ride the entire year, from being down to some pretty darn good highs. The thing I'm looking forward to most about 2016 is getting back out there again. I've missed it, and would like to do it pain-free.

“I haven't done that in what seems like a long time. I've had it in spurts the last few years and have done some pretty good things but I'd like to have sustained health.”

As for the Ryder Cup, Woods said: "Hopefully, I'll be able to play my way onto the team. Either way, I'm excited about being an assistant captain. It will be new, fun and special. To have Davis appoint and trust me is pretty special.”

He believes that he still has a future in the sport. "Where do I see myself in the next five to 10 years? Still playing golf at the highest level and winning tournaments and major championships."