DOES anybody else remember Rory McIlroy saying that he wasn't really bothered about whether or not he held the No 1 spot in golf's world rankings? He has, in fact, said it several times and perhaps if he says it often enough then one day he might even believe it himself.

Strange then that he should be quoted as saying: "If I can get off to a good start in 2016, I can get back to No1 going into the Masters." In 2015 he won the Dubai Desert Classic early in the season but didn't enjoy any victories on the PGA Tour ahead of arriving at Augusta. Not for the first time, he teed up for the season's first major (the only one he has yet to win) with a sense of being undercooked. He had even missed the cut at the Honda Classic. 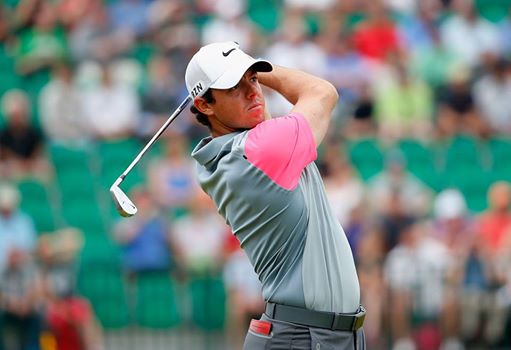 It was fascinating to see Jordan Spieth play week in, week out with few signs of fatigue. McIlroy has clearly decided to take a leaf from his young rival's book."I'm going to play two more tournaments leading up to Augusta in April. I need to feel I'm right in the middle of the season at Augusta.Over the last couple of years, I've played pretty well at Augusta but I've got off to a little bit of a slow start each time.Whether that was because I was a little bit under-golfed, that definitely won't be the case in 2016.”

He admits that failing to win a fifth major in 2015 meant that the season was something of a disappointment for him. Not many players could win four times worldwide in a year and be unhappy with what they achieved, but McIlroy has raised the bar. He has now slipped to third in the rankings (Spieth is No1, Day No2) and is well aware of where he stands.

"The rankings are quite close, and if I can get off to a good start next year, there’s no reason why I can’t be the No1 player in the world going into Augusta," he said. ""It's a goal of mine to get off to a fast start and try to reclaim that position as quickly as I can."

He is also certain that he will play the best golf of his life in his thirties. Remember that he is still only 26, and remains on course to catch Tiger Woods, who has 14 majors to his name.

Isn't it funny, though, that the top spot in the rankings only seems to matter when players lose it?