THERE must be times when Jason Day goes to bed at night and asks himself: "Why me? What have I done to deserve all this awful luck?"

We will get to his misfortune on the golf course soon enough, but his personal life has been blighted by tragedy. When Day was just 12 years old, his father died of stomach cancer, which meant that during what were probably the most important and impressionable years of his life, there was no guiding hand at the tiller.

In 2013, eight of his relatives from his mother's side of the family died when a typhoon swept across the Philippines, leaving a trail of death and destruction in its aftermath. Among those Day lost was his beloved grandmother.

Then there are the injuries that have held him back, most seriously to his back, hips and hand. Most golfers suffer from back pain, and Day copes with it well enough, but the hand injury sidelined him for weeks. 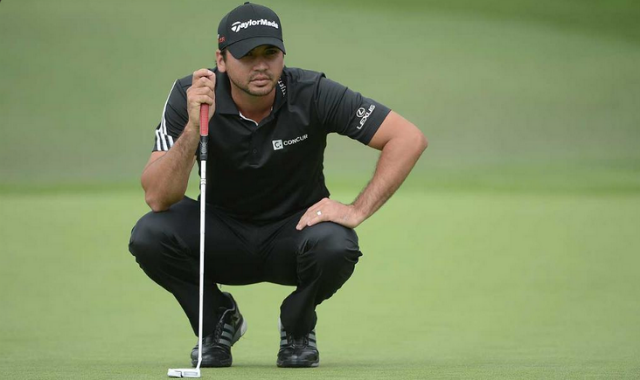 As if all of that were not enough for one man to cope with, Day also suffers from vertigo, a condition that can have debilitating side-effects. Towards the end of his second round in the US Open at Chambers Bay in June, it caused him to collapse as he walked from a tee. It is to his eternal credit that Day not only picked himself up and finished the round, but got himself into contention in the third round, despite having difficulty following the flight of his golf ball because of his vertigo.

Still his misfortune wasn't yet over. During The Open at St Andrews last month, Day dropped two strokes after officials urged him to play on when a gale hit the second round while most of those on the course had stopped playing. Subsequently, Day missed the playoff by one stroke when his penultimate putt, which was bang on line for the cup, pulled up agonisingly short.

Day has come close many, many times, but it seemed that even for a man who has become used to coping and living with adversity, his experience at the Old Course was the final straw. Obviously bitterly upset at missing out again, the Australian struggled to fight back the tears as he walked from the green.

But, being the man he is, Day bounced straight back at the very next tournament. The Open did not finish until the Monday, which meant Day arrived late at the Canadian Open. Late, down and jet-lagged. Not that you would have known it, as he proceeded to brush himself down and then go and win the tournament.

Despite all the setbacks, he has had nine top-10 finishes in his 20 major appearances, including three second places. He belongs alongside Rory McIlroy, Jordan Spieth and Rickie Fowler in the group of twenty-somethings that will surely dominate the sport of golf for many years to come.

And he will carry no baggage at this week’s final major of the year, the USPGA championship at Whistling Straits in Wisconsin.

Day believes that adversity makes him stronger. He may have been devastated at missing out at the home of golf, espiecally after avoiding a bogey in the final two rounds, when the pressure was at its greatest. But he said: “I’ve been working very hard to try and accomplish my first major. It’s a little frustrating how it finished, but I’ve been in contention a lot now and it shows I’m doing the right things. I can’t look at it as a negative.”

When his father, Alvin, died, Day went off the rails, fighting at school and drinking hard. His mother, Dening, sold the family home, borrowed money and sent him away to a boarding school that specialised in sport. He had been introduced to golf by his father who gave him an old three-wood he had found in a scrapyard.

Under the watchful eye of Colin Swatton, who has fulfilled roles as Day’s swing coach, father-figure and caddie, Day went from troubled teenager to hard-working prodigy. “There were other golfers at the academy who were more talented, but he had the discipline to outwork them,” Swatton recalled.

For Day, loss had brought opportunity. “If my dad was alive, I wouldn’t have gone to boarding school and I wouldn’t have had the success I’ve had,” he told an interviewer last year. “I think I’d be working at the meat-processing plant, like he did.”

In 2010, Day played his first major championships. He tied for 60th place in The Open at St Andrews and 10th in the USPGA at Whistling Straits, the year that Martin Kaymer won and Dustin Johnson was penalised two strokes on his final hole and missed the playoff. The following year, Day was second in The Masters and the US Open. He had arrived.

His best chance to win his first major came in 2013 when three consecutive birdies from the 13th hole in his final round at The Masters gave him the lead. But he lost control of his gameplan. “It’s like you’re in a car on snow or ice and you’re trying to keep it straight, but it doesn’t want to go straight,” he said. He took a bogey at the 16th and fell away as Adam Scott won.

But don't for one moment think that this personable young man lacks bottle or fortitude. he has both in spades, as he proved at this year’s US Open at Chambers Bay. He collapsed from vertigo on the 18th hole of the second round and the painful way he managed to conclude the hole won his many new admirers.

The next day he rose from his sick bed and, despite suffering further attacks of dizzyness, he somehow played his way into contention.

“That was a superhuman effort,” Swatton said. “That’s the greatest round of golf I’ve ever seen. He’s got the heart of a lion. He should not have been playing golf today, he was so sick, but he was determined to finish.”

Day could hardly bend over to pick up his ball, and his wife, Ellie, pregnant with their second child, who is expected in October, followed him round the course, hardly bearing to watch. Day’s vertigo returned when he was on the 13th tee and he felt nauseous from that point. Nevertheless, he made four birdies over the final seven holes to take a share of the lead with Johnson.

He eventually finished in a tie for ninth. At the Open, he tied for fourth. Now, in this year of crazily dramatic majors, who is to say that the final episode will not be a happy one for Day? No one could be more deserving.