The golf courses that make up the Golf in Kent partnership have launched a number of activities aimed at attracting more people into playing the game this summer and enjoying the sociability and exercise that comes with golf.

The Golf in Kent initiative reflects a number of current promotions to grow the game in the UK. For the second year in a row BGIA ran its ‘National Golf Month’ campaign in May whilst England Golf is a strong supporter and developer of the ‘Get Into Golf’ structure that makes it easier for adults and juniors, males and females alike to experience the game. 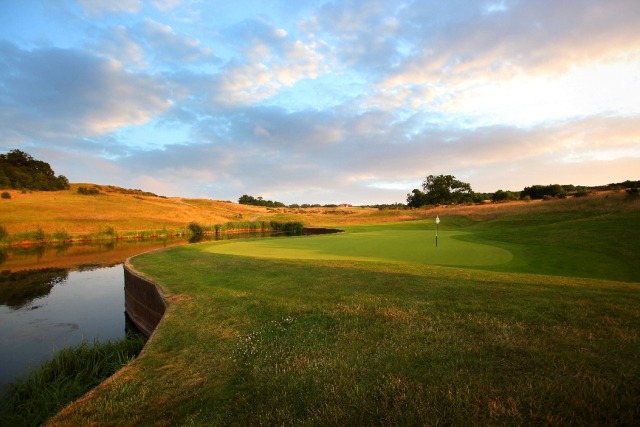 North Foreland Golf Club near Broadstairs in east Kent led the way in early May when it hosted a two open days that specifically aimed at attracting more women into golf under the banner of ‘Fore! Women’. The taster days included putting, chipping and long game coaching with a Q&A session and afternoon tea at the end of the day. A follow-up programme of tuition and a special 12-month membership promotion is now running to fully integrate these ladies into the club. Further open days are being held for women in July and for men in September to give those interested in the game an idea of what the game is all about.

Over in south west Kent, the Tudor Park Marriott Hotel & Country Club is offering ‘Afternoon Tee Days’ for ladies for just £30 per person. In an effort to drive interest in golf to ladies locally and to make the game less intimidating, the package comprises an informal get-together over afternoon tea, sandwiches and scones after 18 holes of golf on the Donald Steel-designed championship parkland course. The Tudor Park Marriott also continues to run a Junior golf programme to encourage youngsters to try out the game.

On the other side of the county, London Golf Club is launching a ten-year, grassroots golf initiative with tmactive’s public golf facility, Poult Wood, commencing in 2016. The programme will include free Sunday group lessons with the Club teaching staff, six group sessions per year using all of the practice facilities, a Junior Open at the Golf Club in association with Poult Wood Junior section and two academy memberships a year awarded to selected Poult Wood Panthers.


Meanwhile Kings Hill Golf Club in West Malling has recently linked up with European Tour professional Robert Rock to establish the Robert Rock [email protected] KHGC. The Academy has been developed to offer Tour quality practice facilities and teaching to all standards of golfer from Tour professional and elite amateur to intermediate and beginner.

The Academy offers teaching packages with a commitment to long and short term projects with the aim of helping all golfers to access the latest technology, data, teaching and product in a ‘tour’ environment.

Golf is often seen as prohibitively expensive but thanks to competitive pricing at Kent’s Lullingstone Park Golf Club which is run by not-for-profit Sencio Community Leisure, everyone can have a go at trying out the game. Lessons with the club pro start at just £20 for adults and £15 for juniors whilst annual membership can be secured at only £50.

Littlestone Golf Club’s investment and commitment to junior golf was rewarded only last month with the news that one of its junior members, five-year-old Arthur Saunders,  had earned himself a place in the Boys 6 and Under division of the IMG Academy Junior World Championship in the US in July.

It is a truly remarkable achievement for a boy who only started to play golf a couple of years ago and it is thanks not only to his commitment to the game but to Littlestone’s positive attitude to young golfers and the nurturing afforded by the club coach, Charlie Wilson.
The club has recently extended its membership options with a Second Club Membership priced at £500 which gives the member 20 rounds a year and full access to all club competitions and matches.

Kent is regularly referred to as a golfer’s paradise in the ‘Garden of England’.

More about Golf in Kent at www.golfinkent.co.uk and @Golfinkent on Twitter. For more on the attractions of Kent, go to www.visitkent.co.uk