Spieth's winning set-up - What is in the Bag

Jordan Spieth secured back-to-back Major titles with a momentous one-shot victory at the 115th U.S. Open Championship, after he made history in April by winning his maiden Major at the Masters.  While Chambers Bay golf course in Washington State garnered much of the attention throughout the week, Spieth’s monumental 5-under par, 275 winning performance became the ultimate storyline. He closed with a final round of 67 to top two players, including fellow Pro V1x loyalist Louis Oosthuizen.

Spieth used Titleist equipment from tee-to-green to become the first player since Gene Sarazen in 1922 to win multiple Majors before his 22nd birthday. 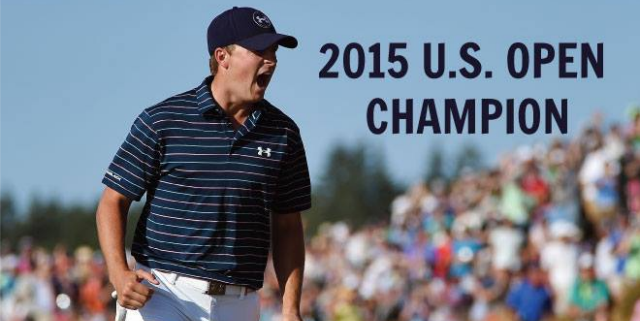 Spieth tied the highest number of birdies for the week with 18, and made more history by becoming the youngest winner of the U.S. Open since Bob Jones in 1923.

As well as being the choice of the champion at Chambers Bay, Titleist golf balls celebrated the continuation of golf’s longest running success story by marking the 67th consecutive year as the #1 ball at the U.S. Open. 91 players chose to tee it up with a Pro V1 or Pro V1x golf ball, more than four times the nearest competitor. The New Pro V1x was the most played golf ball model at the championship as it was used by 49 players throughout the week.

Impressively  a total of 11,181 players have now chosen to trust the feel and consistency of a Titleist golf ball across worldwide professional tours in 2015.. This has led to 75 wins for Titleist Brand Ambassadors and golf ball loyalists across the world in 2015/

Watch Jordan Spieth as he talks about the short game