Rory McIlroy talks life as World No.1 at Niketown London

Coming off a brilliant victory in the Wells Fargo, Rory McIlroy headed to London where he was greeted by an energetic crowd at Niketown. The World’s No. 1 golfer spoke passionately about inspiring a new generation of golf athletes as well as the journey he’s taken to the top of the golf world.

The 26-year-old was joined on stage by footballer-turned-broadcaster Chris Kamara, who fulfilled the role of emcee just days before McIlroy defends his title at the BMW PGA Championship at Wentworth. 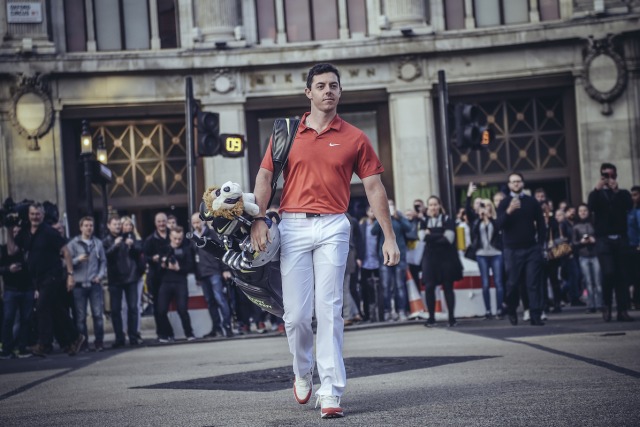 “Growing up in Northern Ireland, I looked up to Tiger, and I hope I can inspire youngsters in the same way he inspired me,” said McIlroy, alluding to Nike’s Ripple television spot that debuted last month. The spot traces McIlroy’s journey from a young child through his junior years and concludes with he and fellow Nike athlete Tiger Woods teeing it up together at a Tour event.

“Spending time at Niketown London is a great way for me to kick off what will hopefully be a successful week, and it’s great to be a part of Nike bringing golf to life in this space,” McIlroy said, addressing Nike Golf’s now-standard footprint at Niketown London.


Kamara, a former professional footballer with over 600 club appearances to his name, also asked McIlroy to elaborate on the athletic side of golf and his fitness regime. 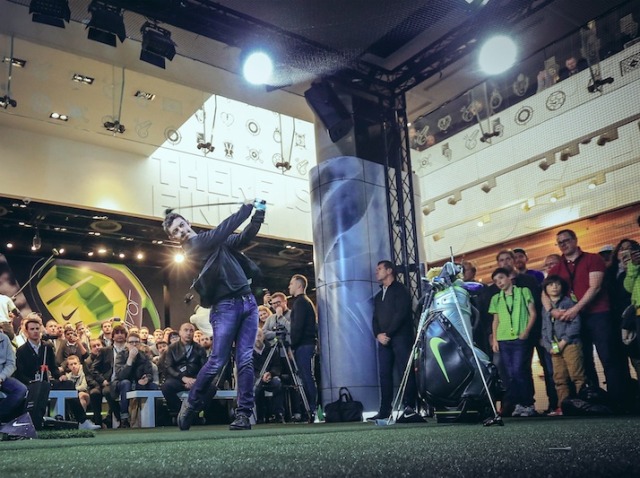 “I’m always looking to get an edge on my competition, and I definitely feel being in peak physical condition gives me that. I love being in the gym because what I do in there directly contributes to what I can do on the course,” added McIlroy.

McIlroy gave the fans a glimpse into his game while hitting his Nike clubs into a golf simulator positioned on the ground floor of Niketown London. He hit a variety of shots that he’ll replicate when he tees off on Thursday. Wentworth is a long course and really favors athletes who are long off the tee. Hitting some 300 yard drives for the crowd with his Nike Vapor Pro driver, the four-time Major champion added, “The length of the course this week could favor my game, but ball control is definitely crucial as well.”