Darren Clarke has been announced as the European captain for the 2016 Ryder Cup at Hazeltine National in Chaska, Minnesota, from September 30-October 2, 2016.

Despite a late captaincy bid by Thomas Bjorn, the nod has been given to the 2011 Open champion, who played in the biennial contest five times, featuring on the winning side on four occasions. He was also a vice-captain under Colin Montgomerie and José María Olazábal in the European wins in 2010 and 2012 respectively, and succeeds Irishman Paul McGinley, who captained Europe to a 16 ½-11 ½ triumph at Gleneagles last September. 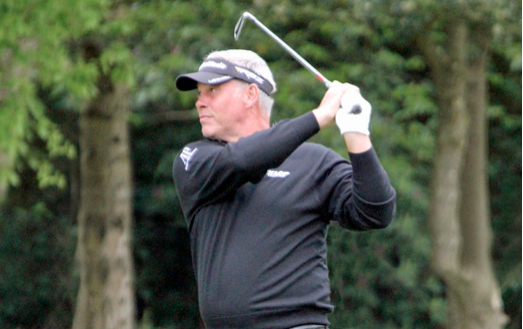 Clarke will be aiming to steer Europe to a record fourth consecutive victory in the biennial contest. There are doubts about his qualities as a captain, and if he has any sense at all, the very thing he will do is to ask McGinley to come on board as a vice-captain.

The 46-year-old was chosen by a five man selection panel consisting of those three most recent European Ryder Cup captains - McGinley, Olazábal and Montgomerie – as well as George O’Grady, the chief executive of the European Tour, and David Howell, a member of the European Tour tournament committee.

Clarke said: “I am naturally extremely proud to be selected as European Ryder Cup captain for 2016. The Ryder Cup has been a massive part of my life and my career, so to have the chance to lead Europe next year is a huge honour.

“I am lucky to have played and worked under some fantastic captains in my seven Ryder Cups to date, and I look forward to the challenge of trying to follow in their footsteps and help Europe to a fourth consecutive Ryder Cup victory at Hazeltine next year.”

He made his Ryder Cup debut in 1997 at Valderrama in Spain under Seve Ballesteros, partnering Montgomerie to defeat Couples and  Love in the fourballs before losing narrowly to Phil Mickelson in the singles.

His most memorable, and emotional, Ryder Cup performance came when he inspired Europe to victory at The K Club, just six weeks after his first wife Heather passed away.

Clarke won all three of his matches in Co. Kildare, joining forces with Lee Westwood to defeat Mickelson and Chris DiMarco then Tiger Woods and Jim Fuyrk in the fourballs, before beating Zach Johnson 3 and 2 in the singles. His two victories alongside Westwood mean the duo are joint second in the all-time list of most successful Ryder Cup partnerships, with six points from their eight matches together, while overall Clarke has contributed a total of 11½ points in the blue of Europe.

O’Grady said: “We are delighted to announce that Darren has accepted the invitation from the panel to captain Europe at The 2016 Ryder Cup at Hazeltine National. Darren has an impressive Ryder Cup pedigree having featured five times as a player and twice as a vice captain, so he has a strong understanding of the attributes required to be a successful captain. He is also a popular figure among the players and has both the passion and knowledge to lead Europe in the quest for a record fourth consecutive Ryder Cup victory.”

Darren Clarke talks to Golfshake about gear, stats and how to get the most from your game