JUST when you think you have seen it all...this wonderful game of ours has a habit of slapping you in the face with a wet kipper and reminding us why we all love it so much.

This is the story you should have been reading (the story you all thought you would be reading): Martin Kaymer, the US Open champion stormed to a record-breaking fourth victory in the Abu Dhabi championship, smashing his own scoring record and leaving a world-class field trailing in his wake.

Instead, this is what really happened.

Martin Kaymer, the US Open champion, suffered an inexplicable collapse in the final round of the Abu Dhabi championship. The German began the day six ahead of a world-class field and after birdies at three of his first four holes, he found himself leading by 10 - after a horrific run of holes, however, he eventually finished third, three shots off the pace.

The tournament was won by Gary Stal. Who? Take note of the name because, notwithstanding Kaymer's incredible collapse, the young Frenchman produced a wonderful final round at the Abu Dhabi Golfd Club to give notice that we will be hearing plenty more from him. 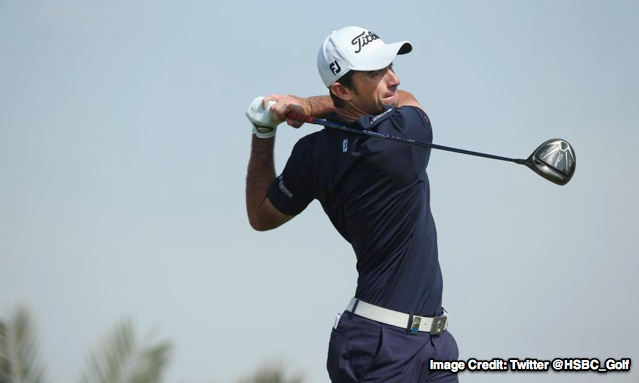 The 22 year old Frenchmen, who moves to third in The Race to Dubai as the result of his maiden win, carded seven birdies on the final day to sign for a 65 and finish at 19 under par, a stroke clear of Rory McIlroy, who finished runner-up for the fourth time in five years.

Kaymer eventually finished in third place after his final round 75, most of the trouble coming through an uncharacteristic double bogey six at the ninth, and an even more damaging triple bogey seven at the 13th.

There was an air of disbelief about the outcome. Kaymer is a noted front-runner, winning both the Players Championship and US Open in 2014 wire to wire. You will recall that he triumphed at Pinehurst by eight shots, so when he went 10 in front on a course where he had triumphed three times previously, the only question being asked was: who is going to finish second?

Rounding out the top five, Victor Dubuisson posted a 67 to finish at 16 under par and in a tie for fourth alongside Belgium’s Thomas Pieters.

Stal was stunned and had trouble taking things in.

“It was a crazy day but obviously I’m very happy to win this tournament," he said. "it's unbelievable to win, because when I saw the leaderboard on the fifth hole, I saw Martin Kaymer on 24 under par and I thought to myself then it's not possible to win. But when I saw my name on the leaderboard on the 16th green, I saw everything had changed, and then it was possible.

“For the four days, my attitude stayed the same. I told myself at the beginning of the tournament that I wouldn't get upset, and it paid off. Because I thought if I could putt well, if I could play shot by shot, it would pay dividends. Therefore, I just kept playing the same way, with the same attitude. But it's an incredible feeling.”

Kaymer tried to remain positive, but was bitterly disappointed with the outcome.

“I’m surprised and a little shocked. I don't really know how to put it into word," he said. "It was very, very surprising today. I started off well but then hit a couple of bad tee shots and it cost me a double bogey and a triple bogey. I do miss fairways, but usually you get away with it okay, you don't make double or triple bogey. But that is what happened today. Another thing was I didn't make many putts. I missed a lot of putts and therefore it was very difficult for me to make birdies.

“The positive is I was playing really good golf after the winter break but it’s tough to say that after that round. I certainly was shocked.”

It is easy to write this off as a one-off, but Kaymer would not be human if it didn't enter his head the next time he has a lead on the final day.

As for McIlroy, the world number one can take plenty of positives from his performance. He drove poorly on day one, could hardly hole a putt worth the name in the third round and surged through the field with a final round of 66. There are not many players who could finish second when not on top of their game, and it augurs well for the year ahead.

In fact, he nearly holed a bunker shot at the 18th that would have seen him into a playoff.

"Going out today, my goal today was to finish second. I didn't think I was going to get close to winning the golf tournament," said the Northern Irishman. "Martin was 10 ahead at one point. You think from there, there's only one winner, but just shows you, funny things can happen in this game. If you just sort of plug away and stay patient, your time will come I guess.  But it was just a little too late for me today.

“I'll stay here, stay out in the Middle East and practice and get my game in shape for Dubai. It feels very good.  I feel like it's been a great week because I feel like there's a couple of things to work on and hopefully that will make me perform even better in a couple weeks' time."