Watson doubles up at the Masters with Titleist

When the final group entered the back-9 on Sunday, the leading players were not only sharing a common dream of winning 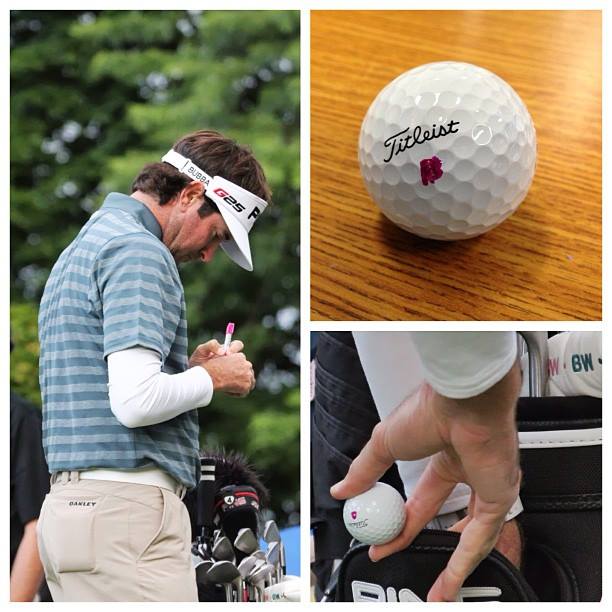 the first Major of 2014 – they were also sharing a trust in the performance of Titleist golf balls. Each of the top-three finishers at The Masters put their trust in a Titleist as Bubba Watson (Pro V1x) claimed his second Major victory in three years ahead of Titleist Brand Ambassador Jordan Spieth (Pro V1x) and fellow Pro V1x loyalist Jonas Blixt. Watson earned his first Green Jacket in 2012 with a dramatic playoff victory, this year, he closed with a final round 69 en route to an 8-under par, 280 victory total and three shot win. Watson becomes the 17th player to have won The Masters on multiple occasions.

Victory at The Masters was Watson’s second win of the year, following his victory at the Northern Trust Open in February and vaults him to a career-best No. 4 in the world. Finishing three shots behind Watson on 5-under par were Masters rookies Jordan Spieth and Jonas Blixt. Titleist Brand Ambassador Spieth used Titleist equipment from tee-to-green, including a Pro V1x golf ball, 910D2 driver, 913Hd hybrid, AP2 714 irons, Vokey Design SM5 pitching, gap, sand and lob wedges, and Scotty Cameron putter. Pro V1x loyalist Blixt became just the second player in history, and the first since 1979, to shoot four consecutive rounds under par in his first Masters Tournament. Fellow Pro V1x loyalists Rickie Fowler and Lee Westwood finished tied fifth and solo seventh respectively, as Titleist golf ball loyalists occupied five of the top seven positions on the leaderboard.

As well as being the choice of the champion at this year’s Masters Tournament, Titleist was also the overwhelming golf ball of choice with 51 players in the limited-field event putting their trust in the legendary Pro V1 franchise; more than three times the nearest competitor with 15. This now means that 5,587 have chosen to tee it up with a Titleist golf ball in 2014 across worldwide professional tours, compared 855 for the nearest competitor. Titleist also topped the counts for iron sets, wedges, and putters at the event.

Video : How the Titleist Pro V1 is made