They say you don't win at Augusta until you know the course inside out, but there are some Masters rookies who could throw that theory out the window this year:

Patrick Reed: He won the Wyndham Championship last August to put a cap on his first full year on tour and punch his 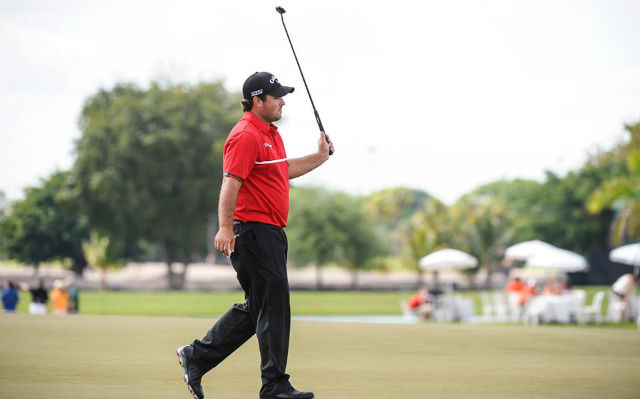 ticket to Augusta National and the Masters. He has since claimed two more titles on tour, most recently the WGC-Cadillac Championship. Not short of confidence, Reed ruffled a few feathers by claiming that he is already one of the top five players in the world

Victor Dubuisson: The Frenchman claimed his first European Tour title last year at the Turkish Airlines Open and qualified for his first Masters by finishing 2013 inside the top-50 in the world rankings. Dubuisson notched five more top-10 finishes to go along with that first win and found himself on a number of "watch" lists coming into 2014. His epic runner-up performance at the WGC-Accenture Match Play Championship in February solidified his place as one of golf's rising stars.

Jordan Spieth: Perhaps no rookie comes in with a better chance to win The Masters than Spieth. The last man to do it was Fuzzy Zoeller in 1979 and before him, Horton Smith and Gene Sarazen -- though they did it in the first and second editions of the tournament. Spieth won the John Deere Classic and became the first teenager to win on tour since Ralph Gudahl in 1931. Spieth cleaned up in his rookie year, going from a player with no status to No. 22 in the world rankings at the end of 2013 and claiming PGA Tour Rookie of the Year honors.

Jimmy Walker: There has been no hotter player on the PGA tour in 2014 than Walker. He punched his ticket to Augusta by winning the Frys.com Open and since then, he's also added the Sony Open in Hawaii and the AT&T Pebble Beach Pro-am, giving him three wins in only eight starts - a feat only matched by Phil Mickelson, Tiger Woods and David Duval in the modern era.

Kevin Stadler: The "Smallrus," as he has come to be known, won the Waste Management Phoenix Open this year, beating 2012 Masters champ Bubba Watson by one stroke to claim his first career win and a spot in this year's Masters. While Stadler will be making his first start in the event, his father, Craig, the 1982 Masters champion, will be making his last. It will mark the first time a father and son have competed in the same Masters.