European Seniors set to return to Stoke by Nayland in 2014

The ISPS Handa PGA Seniors Championship is the tournament they all want to win, second in importance only to the Senior Open Championship. The list of past winners reads like a who's who of European golf – the legendary Tommy Horton, Gordon J Brand, Brian Huggett, Andrew Oldcorn, Carl Mason (a three-time champion), Sam Torrance (twice a winner) and Paul Wesselingh, the man who made his debut on the Tour in 2013 and walked away with the Order of Merit.

Former Ryder Cup captain Ian Woosnam, who finished third behind Wesselingh last year, has been a regular competitor in 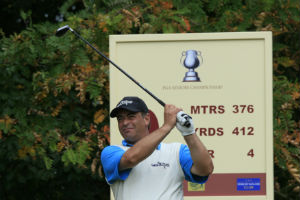 the event while another Ryder Cup captain Colin Montgomerie is eligible to play for the first time having turned 50 just two weeks after last year’s tournament. As a past winner of the BMW PGA Championship, the Scot will be keen to do the double and to maintain the outstanding form he demonstrated when he turned 50 in 2013, joined the Seniors and returned to the winners' circle.

The European Senior Tour is no stranger to Stoke by Nayland, located on the Suffolk-Essex border in the heart of stunning Constable Country. The PGA Championship was staged there in 2006 and 2007 (Torrance won in 2006 and Mason the following year, both with astonishing totals of 20 under par), and it has also hosted the Weston Homes Championship, as well as a number of European Challenge Tour, PGA Europro Tour and Ladies European Tour events.

It is a 72-hole tournament and will be played on the fabulous Gainsborough course from June 5-8 with a field of 120 professionals. And the whole thing kicks off with a Pro Am and Gala Dinner on Wednesday, June 4.

PGA chief executive Sandy Jones said: “Having previously staged two championships at Stoke by Nayland Golf Club, we know we can be sure of a warm welcome and also an excellent test of golf for the best players.

“Last time it was contested, the competitors were full of praise for the course particularly the greens so we look forward to another exciting event.

“With an array of past Ryder Cup players in the field and the elite of European seniors golf, we look forward to another successful tournament and hope golf fans come and support the event.” 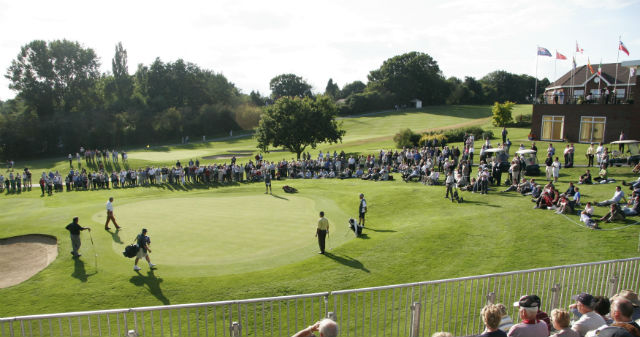 Andy Stubbs, managing director of the European Senior Tour, said: “We are delighted that the Senior Tour will be heading to Stoke by Nayland for the first time since 2008, when Nick Job won the Weston Homes PGA International Seniors.
“Having also hosted the PGA Seniors Championship for the two years prior to that, when Sam Torrance and Carl Mason triumphed, it is a great pleasure to return to a venue that has produced some great champions and which has always afforded our players a warm reception and superb hospitality.

“We will also look forward to seeing whether Paul Wesselingh, our 2013 Order of Merit winner, can win this event three years in a row, which would be a remarkable feat."

And the venue is delighted to have the European Senior Tour back.

Susanna Rendall, Managing Director of Stoke by Nayland Hotel, Golf Club and Spa said: “We are thrilled to host this prestigious event once again and are particularly pleased to welcome Europe's best senior golfers back to our hotel and golf course. We feel we have both the experience and enhanced facilities to do justice to such a major European tournament and I am certain that players and spectators alike will have a wonderful few days in this beautiful part of the country.”

The tournament highlights will be televised by Sky Sports each evening of the four day event, and, as you would expect for the most prestigious golf tournament to be held in East Anglia in 2014, there will be plenty of advertising and sponsorship opportunities on offer. These include Pro-Am and co-sponsorship packages, and daily hospitality packages for groups or individuals

There will be a tented village and many more attractions – details will be released as they are confirmed and spectators are welcome at the Pro Am and throughout the tournament.

A substantial amount has been invested into this family-owned venue in recent years. A state-of-the-art irrigation system has been installed on the two championship courses, new luxury Country Lodges have been built, the driving range and tuition facility has been extended, the hotel boasts some of the best rooms in the area, and there is also an impressive spa and fitness centre. The view from the clubhouse bar is especially breathtaking, taking in 180-degree panoramic views of the championship Gainsborough and Constable courses and the surrounding “Area of Outstanding Natural Beauty”..

Be sure to keep up to date with all the news, as well as checking out what Stoke by Nayland Hotel, Golf & Spa has to offer at www.stokebynayland.com/pga-seniors . Also visit www.pga.info and www.europeantour.com

Inside the Seniors Tour - The British Open