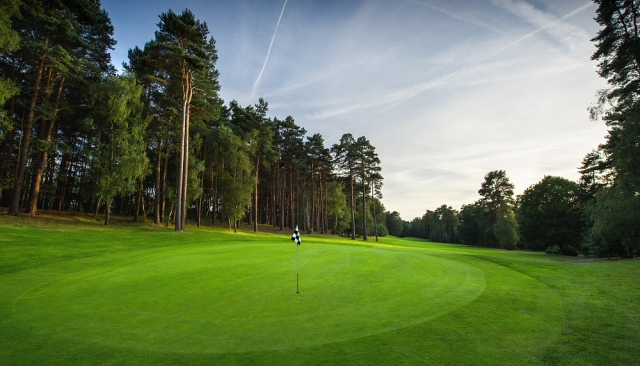 Slow play is the bane of modern golf, but the UK’s largest golf club group is using brand-new Finnish technology to learn more about its cause and effect.

Club operator Crown Golf, which has 25 golf clubs in the UK, started a two-month trial of the new GREENi pace of play software at one of the UK’s most popular pay and play venues, Pine Ridge GC in Camberley, Surrey, on September 16th.
During the trial, golfers who pay a green fee at Pine Ridge are being encouraged to download the free GREENi Club app 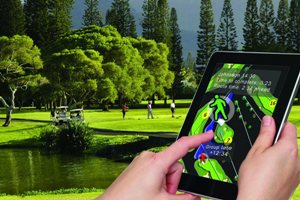 onto an iOS or Android smart phone. Once activated, the app tracks the group around the golf course, giving the Pine Ridge pro shop team real-time information about their speed of play.
The app, which runs silently on the golfer’s phone, only needs to be installed by one player in each group. It uses the phone’s GPS signal to monitor the group as they play their round.
As the roundage builds up, GREENi stores data from every hole played in its cloud, and this is made available as a weekly report for the golf club.
“A golf course builds its reputation over a number of years” says Elaine Jackson, the club’s General Manager, “and while it is great to be popular, it is very important that clubs put measures in place to ensure that everyone gets around quickly.
“GREENi is already giving us instant insights into the pace of play on our golf course, and we are looking forward to analysing the data it will give us.”
GREENi’s Steve Schindler says the system can not only help clubs battle the slowcoaches, but can also have more far-reaching uses. “Pine Ridge is a good example of the ideal GREENi club” he says. “The 2nd hole is quite tough, and it can often take far longer to play than therelatively simple opening hole, despite the fact that both are par fours.
“By using GREENi, the club can demonstrate the average playing times for each hole quite scientifically, and this may help them to build a business case for possible pace-quickening course alterations in the future.”
Prior to the trial’s start, Pine Ridge gave average per-hole playing times to GREENi’s engineers, who used these times to set up a ‘traffic light’ style warning system on one of the club’s pro shop PCs. On the screen, GREENi-enabled groups are colour-coded: Green denotes a group moving at a good pace; an Amber group is dropping behind, and at this point a Marshal is alerted to advise them to increase speed to avoid dropping into the Red category, where a group is seriously holding up play.
As each GREENi-monitored round is completed, the average per-hole times are updated, giving the club highly accurate data about the playing characteristics of each hole.
Golfers can also access front-middle-back yardages on their smart phone via the GREENi app, as well as storing their scores online.
“Our customers understand that this trial is designed to help us identify any speed issues we might occasionally have with the golf course, and ultimately that this will make the Pine Ridge experience even better for them in the future” says Jackson.
The Pine Ridge GC trial is set to conclude in November 2013.
Previously GREENi, which is based in Finland, has trialled its tournament pace of play software with Leinster Golf, a branch of the Golfing Union Of Ireland, in August 2013. “Players were highly aware that pace of play was being monitored” said Teresa Thompson, Executive Officer, Leinster Golf. “This helped to reduce the time taken by each group to complete their round.“