Last week Golfshake released the results of a survey into slow play. It questioned over 6000 golfers from a variety of golfing backgrounds. It has become clear that those participating in the game are not happy with the pace of play and some are being deterred from playing because of it. Golfshake’s Owen Davies takes a look at some of the issues and encourages everyone to take responsibility, but most of all to remember to enjoy it.

Slow play is a BIG problem:

Although the findings from the survey are not all together surprising. It does once again raise an important issue for golf and the future of the game. From a players point of view it is not good that enjoyment of the game is damaged by slow play. We have all experienced it and certainly it can be an annoying and frustrating situation.

From a golf club owner and managers point of view it is also a really big problem.  For instance when a course slows up 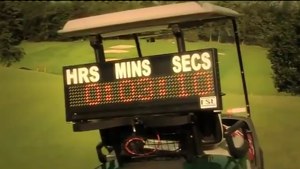 its capacity drops. You simply cannot get as many people round the course if they are taking 4 ½ hours + as you can if they play sub 4 hours. This has obvious financial implications for a club.

Another issue for clubs is the fact that Golfers are actively put off from playing courses where slow play is an issue. This was evidenced in the survey. A total of 20% of golfers said they were deterred from playing a course because of slow play. A regular club player participating in the report commented:

“Slow play keeps me from going to my local course and forces me to drive further a field for a round. My opinion is that a 4hr to 4hr 30 mins round is very much execptable but I have been stuck behind fellow golfers who have taken 5hrs 30mins to finish a round with no consideration to the golfers behind , which causes the people behind to lose focus and start to play poor shots”

The third issue and possibly most important for clubs is much longer term and that is the growth of the game. If slow play is putting people off and most are finding the time it takes to play a round unacceptable. Where does that leave golf?  Today’s society is increasing time hungry and golf must simply adapt or face declining participation levels, this will ultimately lead to larger financial pressure on our clubs and sadly fewer of them surviving.

What is causing the problem?

It seems that it is mostly us! Golfers are at the heart of the issue and to a lesser degree issues with course infrastructure or marshalling. Many taking part in the survey commented on groups of in-experienced golfers all playing together being to blame for slow play:

“We discussed this in our playing group recently, and believe the main problem is beginners playing together without an experienced player not just to help on shots but advise on course etiquette (letting groups through etc.). I was fortunate enough to be taught by my dad (a very good and conscientious golfer) when I was young and learnt the etiquette as I learnt the skills.  Our playing group plays with new players who learn from us and also feel the frustration of being held up by slow play, resulting often from players that didn't even know you could let people through or just didn't know how to”

Some thought the biggest cause of slow play seems to be players simply not being ready to play:

“People tend to play slowly because they are never prepared. They are never ready to take their shot; they leave their bags at the wrong side of the exit of the green”

Many others feel it is simply an issue of etiquette and if everyone let the group behind through when they were holding them up it would go a long way to alleviating the problem;

“Slow play; is it an age thing or lack of etiquette? I often thought it was an age thing, but I have since played golf with some members of my local course who are well into their 70's and slow is not something they support or play. I have been unfortunate to be stuck behind some very slow players, who seem to have little or no golfing etiquette or knowledge. I have had the mispleasure of having to stand behind slow players on every fairway and came to the opinion we must be wearing invisibility coats. I am now of the opinion that slow play does not discriminate in terms of age, as it effects all ages, it would seem to be the lack of knowledge. Perhaps it would be good to have signs at each tee advising golfers to keep up with the game in front and not in front of the game behind with a time it should take to reach various holes on the course! Finally, play through holes should be clearly advertised and course marshals should enforce!”

What can the golf clubs do?

It is clearly in a golf clubs interest to speed up play, so why do so little clubs do anything about it? For some it is an issue of customer service. The customer is always right! Even if they do take over 5 hours to play a round of golf. This may well prove to be a false economy for many.

Educating new golfers would certainly help. Many who are new to the game are simply ignorant of the rules and etiquette required. This is something that golf clubs should tackle head on. Although it should be noted that this is easier to do with a members club where new members can be integrated within the club, maybe playing with committee members when they first join.

Lastly the club can monitor the pace of play. This can either be done through a marshal or increasing through 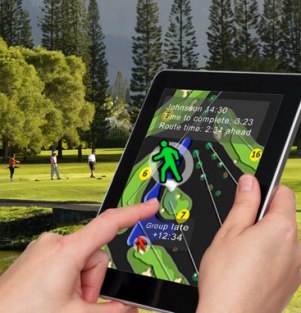 technology. Companies offering the technology to track golfers who are holding up the course are becoming more common. This sort or technology would also help clubs identify bottle necks. They could then address those issues.

What can the Golf industry do?

I have already mentioned the increased investment in technology that the industry is making in order to track and monitor golfers on-course. Certainly trials of this technology have been successful and major venues like Celtic Manor have placed significant orders, so expect to see your buggy or golf bag tagged the next time you are at a major resort course.

There is certainly a recognition of the problem, this is evidenced by the fact that discussions around slow play will take a major role in next weeks European Golf Business Conference at Cannes with slow play guru Bill Yates speaking on the subject.

You can expect to see the slow play becoming a burning issue within trade circles as a reult of the global economy struggling and significant financial pressures being placed on the industry. The erradictaion of slow play and the increased participation levels that can be created mean that the slow play issue will be a major goal for the golf industry in the coming years.

It is time take responsibility!

Slow play is a bad thing and needs addressing. So what can us as golfers do? It seems that simply taking some more time to educate new players on what the correct etiquette is will help, both in terms of being prepared to play and when to let someone through, but there is a bigger problem than novices on the course and that is the average golfer (I can include myself in this category). Many of us are simply are too proud to call a group through or have never learned to be ready to play a shot at the right time. I know I have been in groups where we have not let the ‘Pesky’ 2 ball behind through. How can we expect players new to the game to do the right thing if we don’t do it ourselves?

Slow play is sometimes an over-hyped subject, but it is clear from the results of the survey that it is an issue eating away at our game, making it less enjoyable and in some cases stopping people playing altogether, something that golf, in a world that increasingly demands more of our time, can ill afford!

Remember to smell the roses

Now I have painted quite a depressing picture, but despite all the issues slow play causes and the fact that at times it can be frustrating, we must all remember that we are out there to enjoy ourselves. Being stuck outside for 4 ½ hours is not the end of the world, it is part of what makes our game so special. So next the next time you are being held up just take a step back and always remember to smell the roses and maybe, just maybe our fairways will be a happier and less frustrating place.