Whisper it, but Lee Westwood just might be about to finally win his first major. The Englishman is storming around Muirfield, making birdies for fun and even holing a few putts.

Some big names will be heading home before the day is out. Luke Donald and Rory McIlroy are destined to miss the cut, 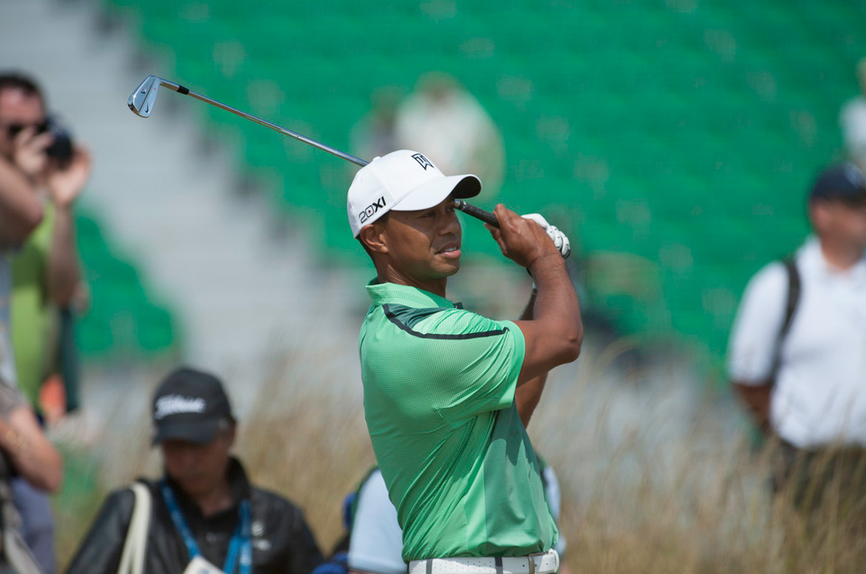 with Justin Rose needing a sub-par round to have any chance of making it through to the weekend.
Mark O'Meara, the 56-year-old American who won in 1998, starts the day four under par. But he drops a shot at the third and two more at the sixth to slip back to one under. Another one goes at the eighth and all of a sudden O'Meara knows he must stem the bleeding to stay around for the weekend.
Henrik Stenson has been enjoying a renaissance this season and opened with a 70. He wastes no time improving on that mark today with a birdie at the first. Two under par and three behind the leader, Zach Johnson, who doesn't go out until after 3pm.
It is another glorious day at Muirfield, and the ball is rolling miles.
Westwood, who has slipped under the radar this year, moves to two under with birdies at the first, second and fifth, and his stablemate Darren Clarke, the winner two years ago, is showing signs of life too, with birdies at the third and fourth moving him to one under. Make that two under as the big Ulsterman rolls in another putt at the fifth. That's three birdies on the trot.
It is all going so well for Dazzler, and then he runs up an eight and undoes all the good work.
Scotland has a presence on the leaderboard too. Martin Laird moves to one under after a great recovery from thick rough at the par-five fifth. But another Scot, Paul Lawrie, who won in 1999, is having a championship to forget and is 10 over. And Laird quickly drops a couple of shots.
Tiger Woods has just teed off and this time he has found the first fairway. His 69 yesterday was one of the best of the day and he is looking fired up this week. A birdie at the third takes him to three under but a missed short putt gives it back.
Tom Lehman, another of the over-50s brigade, is hanging on. Starting the day on three under, he dropped a shot on the front nine and is still grinding it out. And O'Meara gets back in the red with a birdie at the 12th.
Stenson, meanwhile, drops two shots at the sixth and falls back to level par, at precisely the moment your correspondent informs his colleagues that the Swede is a good bet this week.
Some of you may not have heard of 19-year-old Jordan Spieth. He won the John Deere Classic last week and is a former two-time US Amateur champion. In his first full year as a pro, he is already 11th in the FedEx Cup standings. He is from Dallas, which means he grew up playing in the wind. And he is three under par.
Westwood, meanwhile, birdies the eighth to go three under for the championship, alongside Woods. And Laird has three birdies on the trot to get to two under. It's hotting up now.
Lehman is hot under the collar after a double-bogey takes him to four over for the day.
And what of Donald? Whatever was wrong with him yesterday has now been sorted out as he plays the first eight holes in two under par.
It's all a bit of a struggle for the amateurs, other than 18-year-old Matthew Fitzpatrick. Watched by his parents and grandparents, the lad from England is approaching the end of his second round at four over par overall. If he can keep it together, he just might be around for the weekend.
Westwood reaches the turn in 31 with another birdie. He is now four under. And had it not been for his eight, Clarke would be five under for the round.
Woods drops a shot at the eighth after three-putting and is back where he started.
Erm, Spieth is now one under after a double bogey. There are times when I hate this game. You talk a guy up, and what does he do?
And finally from me, spare a thought for the amateur Grant Forrest. Yesterday he had a more than respectable 73. He has just finished his second round and took 86 strokes.
Photo - (Kevin Diss /www.kevindiss.com)