This preview was bought to you by My Sports Tips - A sports blog offering insight, opinion, betting tips and the best golfing sportsbook deals.

This week sees another major stop on the European Tour with a stellar field assembling for the BMW International Open at Golfclub Munchen Eichenreid, Germany. Danny Willett triumphed last year for his first ever European Tour win, all be it around a different venue. 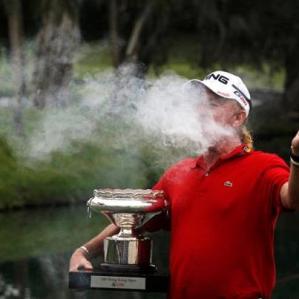 The Munich located venue has held the BMW championship for 20 of the past 24 years and is a course the players know well. First opened in 1987 it is a resort style parkland layout measuring 7157 yrds from the back tees and as you would expect features a large amount of bunkering and water hazards.
Scoring is usually red hot with the big names coming to the fore to win the title. If the weather is good expect the course to yield a heap of birdies and a good amount of eagles.

Type of player to win

Big hitters tend to do well with the likes of Henrick Stenson, Lee Westwood, Robert Karlsson and John Daly all past winners. John Daly holds the scoring record at -27. Clearly there is the potential to score well and players high on confidence who are making a good amount of putts could get very streaky and win. Look for someone who has not been scared to go low in the past rather than a plodder.

Bet of the week – Pablo Larrazabal

Pablo Larrazabal is my pick of the week. Has been showing some quality form this year and has already amassed four top 6 finishes. He won here two years ago. He has the form and the history to win again.
Best odds – 28/1 Bet365, Bet Victor

Jiminez has continued to recover from a broken leg sustained earlier in the year and shows signs a win is just around the corner. He was one decent round away from a win in his last start in Austria and is a past winner around the course.
Best Odds – 45/1 Bet Victor, Bet Fred
Martin Kaymer has been out of sorts for a while, but he is simply too good to stay down for long. The only German to win this tournament he has proven he can handle the pressure of a home crowd and could use their support as inspiration to springboard him to another victory.
Best Odds – 22/1  BetVictor, Stan James, Bet365
Ross Fisher has been playing on the PGA Tour this year with mixed success. A return to European Soil could be just what he needs to spark him into form. A massive hitter that can get streaky with the putter, he is just the type of player that wins in Munich.
Best Odds – 30/1 Bet365

After a decent run of form that has culminated in tied 28th place at the US Open, Parry is sure to be full of confidence and the release of playing on scoreable track as opposed to the brute that was Merion may just suit him.
Best Odds – 150/1 Bet 365, SkyBet, Stan James, Bet Victor, BetFred