Greg Norman has hit out at the games governing bodies and the world's major tours.Norman believes the current drug 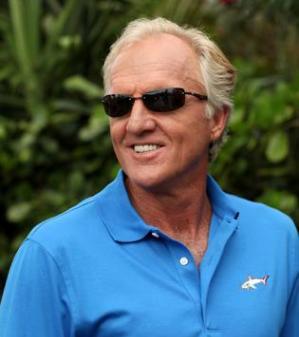 testing system is 'disgraceful' and needs replacing with blood testing to improve the chances of catching any infringements.

Norman's views on are shared by many within the game and certainly by a significant number or tour pros. Norman's comments come as there remains a lack of clarity around the deer antler spray infringement freely admitted by Vijay Singh. The review of the case is still officially 'pending' and in the mean time Singh continues to play at the games highest level despite admitting in a magazine interview to having taken a drug on the prohibited list.

Interviewed by an Australian newspaper earlier this week Norman said:

''You only have to look at what happened to Vijay Singh just recently to know the drugs issue is there,'

'How deep it is (Drugs issue), I have no idea because we only do urine analysis instead of blood testing, If you really want to be serious about it and find about what's really going on, we need to do blood testing. I think it's disgraceful, to tell you the truth. The golf associations have to get together and step it up.

''It's a pinprick for a player and you find out what's going on. If you're the head of golf or any sport, if you're the commissioner for a sport, it's your responsibility to make sure your sport is clean. ... That should be your No. 1 priority.
''Any sportsman or sportswoman who uses an outside agency to improve their skills is cheating,'' Norman said. ''It sickens me. They're putting a black eye on their sport. If a sport gets itself clean, the corporate dollars will always be there because people will know it's a sport they can trust. The rest will take care of itself.''