Nike Golf is amplifying its commitment to amateur golf by announcing that it has taken over as title sponsor of the prestigious UK Amateur Matchplay Championship. Now in its 18th year the Championship has established itself as the 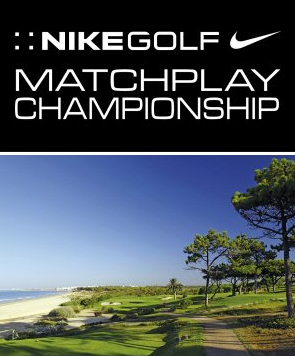 most popular matchplay event for club golfers with over 2100 pairs and 1300 individuals from 1500 different golf clubs taking part in 2012.

With the signing world no. 2 Rory McIlroy to its roster of Tour staff athletes and the launch of the groundbreaking VR_S Covert range of woods and irons, 2013 is set to be a landmark year for Nike Golf.
The Nike Golf Matchplay Championship is open to all current golf club members who have an active CONGU handicap and there’s an individual and betterball pairs format to choose from. After entries close in mid May the draw is made on a regional basis to minimise traveling and then four rounds of knockout matchplay are played locally between June and September. The successful pairs and individuals from each region then go forward to one of the eight regional finals played in October with the leading three or four from each venue qualifying for the Grand Final at Vale de Lobo resort in the Algarve in January.
“Nike Golf is thrilled to become the new title sponsor of the Matchplay Championship.  Having been involved on a lesser scale over the past three years we have seen the competition grow substantially to become one of the most prestigious amateur events, attracting entries from thousands of ardent golfers in the UK,” said Angus Moir, Nike Golf’s EMEA general manager.  “Nike Golf is passionately dedicated to ushering in the future of this great sport by developing groundbreaking innovations that enable and inspire athletes to become better and this partnership serves to reinforce our support for amateur golf.”
David Hughes, Managing Director of GMM Ltd, event managers, said “This is a major coup for the competition, Nike Golf has been a great supporter of the Matchplay Championship over the past three years and we are very excited to attract such a high profile global brand as our new title sponsor.”
Nike Golf is also a sponsor of the very popular European Amateur Golf Tour (previously the Volvo Amateur Tour) that provides amateur golfers with the opportunity to play competitively on some of the world’s most renowned courses. The 2013 EAGT schedule includes 88 different events at exclusive venues including such Swinley Forest and The Renaissance; Open Championship venues such as Muirfield and Royal Birkdale; overseas resorts including Pebble Beach and Sawgrass. The Tour has its own Order of Merit and the season culminates in the top 50 competitors winning a trip to the UK Final at the famous Turnberry Resort in October.
To find out how to enter the Nike Golf Matchplay Championship and for further details visit www.matchplay.co.uk
For more information on the 2013 European Amateur Golf Tour visit www.eagt.co.uk