Nicklaus - Woods needs to get a move on!

Jack Nicklaus cast some doubt on Woods  ability to chase down his major record for the first time in a number of years at the Honda Classic this past weekend. Nicklaus has remained a staunch fan of Woods throughout his ups and downs of recent years, always maintaining that he would beat his record of 18 majors.

That did not change at the Honda, but Nicklaus fired a warning shot:

I still think he can do it. But that said, he has still got to do it. He hasn't won one in five years. He had 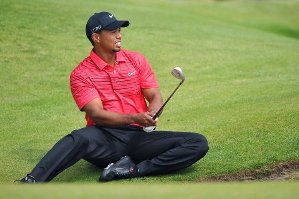 better get with it if he's going to.

He went on to reason why he might still break his record:

''I still think he'll break my record,'' Nicklaus said. ''Tiger's talent, at 37 ... it's not that old. I won four after that. They were spread out. It wasn't that difficult. I don't think for Tiger to get four or five more – or six or seven – is that big a stretch.''

Woods for his part is still bullish about his game going into this year’s majors:

''It's not that far off,'' Woods said when asked to compare his game at Honda to his win at Torrey pines earlier in the year. ''I feel like I'm probably just not quite driving it as well. My iron game is pretty good and my short game is way better than it was at Torrey. I feel very comfortable with my putting, so I need to obviously get it in play a little bit more and attack from there, because everything else is pretty good.'

The Masters starts in 36 days. Woods will be teeing it up to try and win his 15th Major title.