Tiger Woods - In the Bag 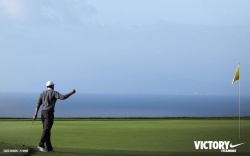 Relying on Nike’s VR Pro wedges, Woods electrified the crowds around the greens with his vintage-Tiger shot making.

“My short game was back to how I know it can be,” said Woods. “That allowed me to save some pars, save some birdies, and move my way up the leaderboard.”

Nike Golf is off to a solid start in 2013 having won two of the first four events on the PGA Tour with Russell Henley and Woods, respectively. On the PGA European Tour, Nike athlete Scott Jamieson claimed the Nelson Mandela Championship title and new Nike athlete, Thorbjørn Olesen finished tied for second at the Abu Dhabi HSBC Championship.