FootJoy  stepped back into the winners circle this weekend as Footjoy brand ambassador, Nick Watney claimed his second title in three months at the Asia Pacific Classic. A stunning course-record 10 under-par 61 in the final round at the Mines Resort & Golf Club in Kuala Lumpur saw the World #22 overhaul a four-shot deficit on the overnight leaders to claim a narrow one-shot triumph. 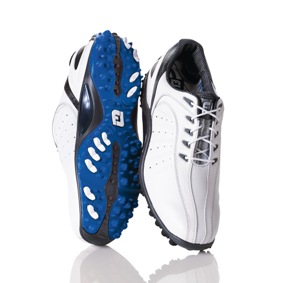 then reeling off six birdies in the space of eight holes from the sixth. After a par at 14th, Watney was back in the birdie zone again with a hat-trick of birdies at 15, 16 and 17 to give him every chance of joining the elusive 59 club with a birdie up the last. Unfortunately, he could only manage a bogey at the last, but his 23-under total was good enough to take the $1.3million winner cheque.

The 31 year-old won the FedEx Cup opener at Bethpage Black in August for his fifth official PGA Tour title, but unfortunately Sunday's victory won’t count as an official win. The Malaysian tournament which is co-sanctioned with the Asian Tour won't become a full-fledged PGA Tour event until next year when the tour begins its new season in October after the FedEx Cup Playoffs.

“On behalf of everyone at FJ I would like to extend our congratulations to Nick on this magnificent victory that continues what has been a stellar season for our brand ambassadors on golf’s main professional tours,” commented Russell Lawes, European Marketing Manager – FootJoy. “His final round performance, sporting his favourite FJ Sport golf shoes, was near flawless and I have no doubt this propel him towards a stellar season in 2013.”