The largest ever field for a Faldo Series Europe Grand Final has arrived in Northern Ireland for the tournament’s sixteenth edition which tees off tomorrow.  A total of 84 golfers from 19 countries are with Sir Nick Faldo at Lough Erne Resort for the 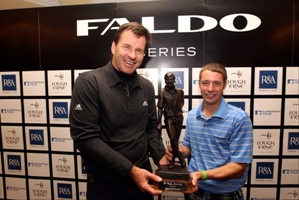 Competitors aged 12 to 21 will contest for the title over 54 holes on the Faldo-designed course at Lough Erne Resort.  The six-time Major winner will arrange for the leading boy and girl overall to play in a professional Tour event.

With the field divided into five age-groups – three for boys and two for girls – each age-group winner will also be invited by Faldo to compete in the 2013 Asia Grand Final at Mission Hills Golf Club in China next March.

Off the course players will receive expert advice from the British PGA, including a seminar on careers in golf, and from Faldo’s personal coach, Keith Wood.  Faldo is on hand all week to spend time with the competitors, including several clinics and Q&A sessions, and to host a grass-roots initiative for local school children.