Faldo Series returns to Russia for its 5th year

The Faldo Series has enjoyed a strong affiliation with Russia, dating back to 2001 when Grigory Bondarenko became the first overseas winner of our Grand Final,” commented Faldo.  “I thank the AMS Group for taking the Russia Championship from strength to strength and for bringing opportunity to so many Russian golfers for five years now.”

“We are very proud to be bringing the Faldo Series to Russia for the fifth time. Each year has been very special and we look forward to celebrating this special occasion with all the players,” added Hans Koeleman, Director of HK Golf Development. “The Faldo Series is once again combining forces with the Russian Golf Association to also make this tournament the Russian Youth Championship 2012.”

With World Amateur Golf Ranking points on offer, more than 50 golfers aged 12 to 21 will compete over three rounds in the 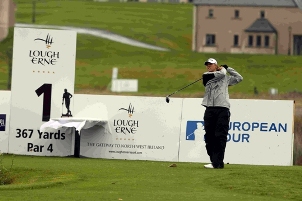 Five age-group winners – three boys and two girls – will qualify for the sixteenth Grand Final, to be hosted by the six-time Major winner at Lough Erne Resort in Northern Ireland on September 11-13.

Golfers born in 1991 or later wishing to enter the Faldo Series Russia Championship on August 28-30 should email [email protected] or visit www.amsonline.ru.  The event at Agalarov Golf and Country Club in Moscow is open to all nationalities.