Renaissance of Golf, is he Barney? 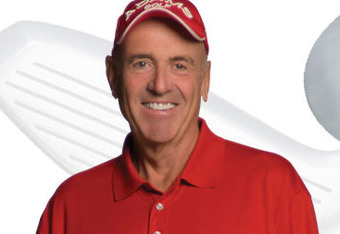 Think back a couple of years ago and the Country was and some will say still is in the middle of a recession.

Golf and in particular amateur club golfers took a huge hit and many clubs had big decreases in numbers and memberships.

About half of the country’s 2,500 clubs lost members during that time.

But since then golf has had somewhat of an increase in participation from golfers that play on full length courses.
According the IFM Sports Marketing Surveys UK participation report numbers are back to around the four million mark suggesting player’s love for the game has returned despite the economic downturn and progressive drop in numbers since 2006.

However, recently a report from the USA or in this case a book may have the answer to change the way the game is played and enjoyed to increase numbers even further.

Barney Adams, the founder of ‘Adams Golf’ and inventor of the ‘Tight Lies’ fairway woods has released a book entitled ‘A formula for the Renaissance of Golf’ and what he suggests is quite extraordinary.

Adams, 71, has conducted his own research in the US from data collected from the National Golf Foundation and the US census and what he found was that amateur golf in particular badly needed a renaissance.

In the US the same number of amateur golfers playing today is the same as it was back in 1990 and since then over 3,800 new courses have been built.

So what has happened in the last 20 years to prevent more people taking up the game?
Reports show that golf has become too time-demanding, too expensive and too frustrating to the amateur golfer.
Adams is trying to understand what will be more rewarding to an amateur:

“I agree with the first comment on time but consider the argument on expense. Paying money to be aggravated and frustrated is not exactly logical, change that to enjoyable and rewarding and the expense argument weakens considerably”.

So what does he propose?

Having played the game for over 50 years and currently playing off 9 you get a sense that his love for the game goes beyond his businesses.

He started playing the game at the age of 14 and in 1983 joined Dave Pelz Golf and when that company went bankrupt Adams brought the assets and started Adams Golf. Initially specialising in custom fitted clubs, Adams expanded and created the Tight Lies brand which at the time were the leading woods in terms of golf technology.

“My approach is to produce hard data, draw the conclusions, and try to get support at all levels, from players to the organizations who influence the game” said Adams.

“I want to help speed up play, make the game more fun and do so at no cost to the golfer or the industry. This is about changing the game of amateur golf, taking on its culture, tradition and negative reaction from the players themselves. To say it’s a formidable task is almost funny.”

What he aims to do all came about when he was invited to play a round with friends at a course measuring 6700 yards from the back tees and since his home course was longer he was full of confidence.

After an uninspiring 83, Adams began looking back on his round and taking the same conclusions that he had done for years previous. Then he began to question himself and his round, did he really have fun or was he managing frustration? Did the time go by quickly and with pleasure or was it a struggle? As he sat there contemplating he realised he was thinking as if he had played two different courses. The first said to him “not too bad, you can work on your game” and the other had him completely puzzled about his length not just off the tee but on the fairway as well with irons and hybrids.

“There were at least 4 holes where most of the group could not reach the green in regulation”, said Adams

“I hit (or more correctly tried to hit) hybrids and the occasional fairway wood into greens designed to receive shorter irons. The playing conditions were excellent, and in honest reflection, the results were well within my norm considering that on average I play yardages from 6600 to 6900”. 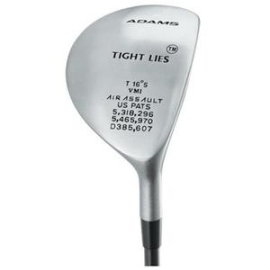 Adams found that he was missing something as he wasn’t saying that playing a course that stands 6700 was too long, in fact everyone he had mentioned this too thought he was a bit crazy but he felt there was still something missing.

After, he was watching a US Tour event and noticed how far Tour pro’s actually hit the ball. The exact number on average is 287 yards but that includes positioning holes so anything from 300 yards upwards in the norm for any pro. Then after some careful research he found that the average amateur will drive the ball between 205-230 yards making the difference 70-80 yards if not more.

Now look in the bag again. You’re standing in front of a 220 yard second shot over water what would the amateur go for? A wood, a hybrid or a lay-up are the strongest possibilities. Professionals hit their irons on average 20 yards (and that’s being very generous to the amateur) longer than amateurs so the afore mentioned second shot would be a mid iron which they would comfortably get over the water.

So the difference from the drives and the irons is around 100 yards in favour of the professional which is where Adams had his Eureka moment:

“Take a par 72 course with 10 par 4 holes and the difference is 1000 yards. Add in the same formula for the par 3 and par 5 holes and the total easily reaches 1500 yards. The reason why my little 6700 yard course was so long is because it was like a tour professional playing an 8200 yard course. And there you have it, something a Tour Professional with their great skills would never do, we ignore and frustrate ourselves on a regular basis”.

Would the pro's go for it?

To test his theory even more Adams invited a young golfer that had just turned pro out for a round as long as he agreed to play by the formula he suggested which was to tee off 100 yards behind him which on some holes apparently sent him to interesting areas, as Adams played off the standard ‘men’s’ tees. After some of the longer par 4 holes left the young pro with approach shots in of 250 yards or more Adams asked him if he would play this distance on a regular basis. The look he got was accompanied by the reply “Are you kidding me!”

So what would prevent courses providing Tour length tees that make the course 6000-6400 yards or for women 4000-4600? Is it the misconception and our ego’s (from the male point of view) stopping us from playing from the front tees, when really it should just be seen as the Tour length tees.

In conducting his research Adams found that courses were unwilling to make drastic changes to the course which I suppose is fair enough but the argument he came back with is that there is no need to change every hole and the course should still be a challenge. Making it Tour length is not a case of making the course easier but more fun for the amateur, something which he is finding it hard to get across:

“Let’s say your course has a neat little par 4 of 345 yards, a couple of par 3’s 160 or less, and moving to the front tees ruins what are very nice designs.  Leave those holes as they are. This is a critical point because moving to the very front tees would turn them into weak, uninteresting golf holes.

“Also if you have a par 4 at 445 Yards and a par 5 at 440 then they don’t necessarily have to change. The par 4 has a fairly wide slightly down second shot to a large green. Your 230 yard drive leaves 215, and given your Sunday best, you can get to it. There’s no restriction against having a long hard hole, just like the Tour.

“The 440 yard par 5, with the same 230 yard tee shot, leaves 200 yards to the green, a carry of 210 yards to the flag. This hole has water in front, trouble on all sides, a classic risk-reward hole. Now a 200 yard carry, over water, for me… well, the challenge is very interesting. 98% of the time I should lay up but again, the ego response: only 200 yards, why not?  It’s a tight target, surrounded by trouble. The shot that works is high, landing softly, and the person hitting it isn’t concerned about the distance, he’s thinking about the correct trajectory.”

At this point Adams is still in constant contact with the PGA of America trying to get them to accept the Tour length and make it a legacy that will attract more players to the game and in doing so keep those already playing interested and to have fun at the same time. He wants the PGA to use his research and educate their members and explain the benefits and the reasoning behind the new concept.

In the meantime and during the time Adams was conducting his research he tried to think of any flaws that would give adding Tour length to course across America.

One major flaw would be handicapping. It could affect the way the USGA or other systems handicap courses and by doing so it would affect the way players handicaps are figured out. His argument to that is given the dramatic benefits of faster play and more enjoyment Tour length would bring, would it be right that a golf organisation that promotes the game couldn’t make changes on behalf of its players?

“A good friend of mine actually came up with two possible problems as well,” Adams confided.

“One was factual, the other, philosophical. The first was that here in the US we overwater our courses. He said we have a fixation on lovely green fairways which translates to soft and minimum roll. The second was our obsession with par. He said if we took the European attitude and just made numbers, the frustration issue would be mitigated.

“I agreed on the first thought, I’m a great fan of firmer, faster courses; and healthy fairways, light green to a little brown, are fine with me. If the result is increased driving distance from my suggested ‘Tour Length Layout’ with less maintenance cost, that’s wonderful. As to ignoring par and just making numbers, I said he missed my point. Just give me the same relative distances as the greatest players and we can play any system that works.”

Whether Adams’s idea comes into effect and is embraced by the PGA is certainly up in the air. His idea is not about making changes for no reason. He is all for keeping courses as they are as aspiring pro’s will still play from the back 6700 tees and low handicap amateurs still want and need the challenge.

His hope is that the PGA of America takes the idea on board and uses their influence to install Tour length into the game not because he wants it but because golf needs it.