Golf And Sports Fans Should Be Treated With More Respect

THOSE of us who regularly either attend golf tournaments or watch them on television often have a good old moan about the length of time leading professionals take to complete 18 holes of golf. And it has to be said that five hours (and often far more than that) is far too long for anybody to negotiate a round of golf.

But after watching the Australian Open tennis tournament I have to say that I hope nobody ever finds a way to stage professional golf tournaments under the lights. Can you believe that Andy Murray was still slugging away on court after 4am in the morning?

What a truly awful way to treat professional athletes. And that’s without even starting to address the fact that the tournament organisers quite clearly have no respect whatsoever for spectators.

We regularly see Premier League matches staged in the evening on Boxing Day and New Year’s Eve, when there is little or no public transport. TV, it seems, calls the tune over and over again.

We are in the middle of a huge amount of strike action, with trains, buses and London Underground all impacted. This means thousands of fans are unable to get to and from football matches. So do we ever see matches being postponed in order that fans might be able to attend when they are rearranged? Of course we don’t.

And it happens in golf too. 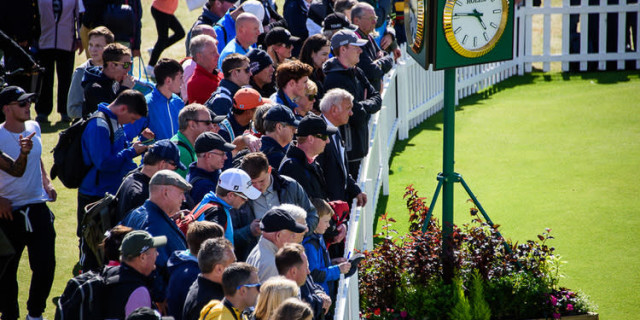 The final round of The Open sees the leaders teeing off at about 3pm, and finishing after 7pm. This assumes there is no playoff. If you have to hang around for a three-hole playoff you are not going to get away from the venue until 8pm, even later if you wait for the presentation ceremony.

You then find yourself stuck in a massive traffic jam as everybody attempts to leave the course at exactly the same time.

The point I am making in all of this is that professional sport puts its TV paymasters first. Isn’t it about time that more consideration was given to the spectators who create the atmosphere that makes these events so special?

The Biggest Crowds in Golf History