The World Golf Rankings Continue to Confuse Everyone

The Official World Golf Rankings have continued to be a hot topic, with Jon Rahm again questioning his positioning following recent victories. Golfshake's Derek Clements is perplexed too, as he describes in his new View From The Fairway column.

I AM baffled. And here’s the reason why…

Cameron Smith, of Australia, won the Tournament of Champions in January 2022. He won several other tournaments too, including The 150th Open Championship at St Andrews.

His decision to defect to LIV Golf mean that he was unable to defend his Tournament of Champions title. He went into the week ranked third in the world. The tournament was won in sensational fashion by Jon Rahm, who also won the DP World Tour Championship in Dubai in November.

Rahm started the week in fifth place. Smith ended the week in third place and Rahm remained fifth. Will somebody please explain to me how that is possible.

And before you start telling me that it was a limited field, consider this - had Scottie Scheffler finished third or better in the very same tournament, he would have replaced Rory McIlroy at the top of the world rankings.

Regular readers will know that I am not a fan of the way rankings points are loaded. And I am not the only one, with Rahm himself asking questions. Remember, the Spaniard also won the Spanish Open, but his ranking hasn’t changed. 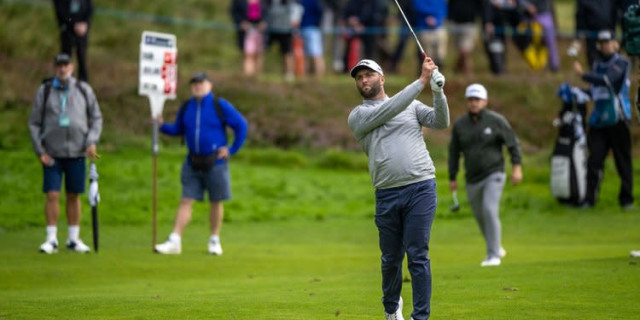 He has won four times in 12 months. This time last year he was world number one. He is now fifth. Sorry? How does that work?

"Since the FedEx Cup playoffs ... I've won three times and I don't even get close to Patrick Cantlay (in fourth place). So, I'm trying to understand what's going on," the Spaniard said.

"Had they not changed the world ranking points (system) I would have been pretty damn close (to world No.1) right now. In my mind, I feel like since August I've been the best player in the world.

"Earlier in the year clearly Scottie (Scheffler) was that player, then Rory (McIlroy) was that player, and I feel like right now it's been me. Anybody, any given year can get a hot three, four months and get to that spot.”

It's not the first time that Rahm has criticised the world rankings, describing the revamped system last year as "laughable" as recently as last November.

The problem is that two of his recent victories have come in Europe. And regardless of the strength of the field, it seems that DP World Tour events always play second fiddle to whatever event is being played during the same week on the PGA Tour.

In November, Rahm wanted to know why the PGA Tour's RSM Classic was awarding more ranking points than the DP World Tour Championship, a tournament that featured Europe’s best golfers.

"I understand what they are trying to do with the depth of field, but having the best players in the world automatically makes the tournament better. I don't care what their system says. I think they have made a mistake. I think some aspects of it might be beneficial, but I think they have devalued the value of the better players.

"Take the Tour Championship as an example: The 30 best players of the year should not be punished because it's a smaller field. Depth of field doesn't mean better tournament. I could go on and on. I think they have missed the mark on that stance quite a bit."