AS THE new golf year kicks into action we should not underestimate the importance of the decision made by Augusta National chairman Fred Ridley and his committee to allow LIV Golf players to compete at The Masters in April.

The men in suits at Augusta are traditionally not known for their forward thinking - look at the way they treated black golfers and how long it took to allow women to become members.

But they have taken the initiative on this issue and are to be commended. Ridley has made it clear that any golfer who is eligible to be in the field will be made welcome.

In saying that, it would be interesting to be a fly on the wall at the Champions Dinner held on the eve of the tournament. While the fans may not give the likes of Phil Mickelson and Dustin Johnson a hard time, it is difficult to imagine that luminaries such as Jack Nicklaus, Gary Player, Tiger Woods and Nick Faldo will not have something to say to them in a private setting.

It would be a huge surprise if LIV players are not also once again welcomed at the US Open and Open Championship. The clue is in the title of these events. They could not possibly be regarded as being truly “open” if they exclude certain golfers because of where and how they choose to make their living. It remains to be seen whether the US PGA Championship also follows suit. 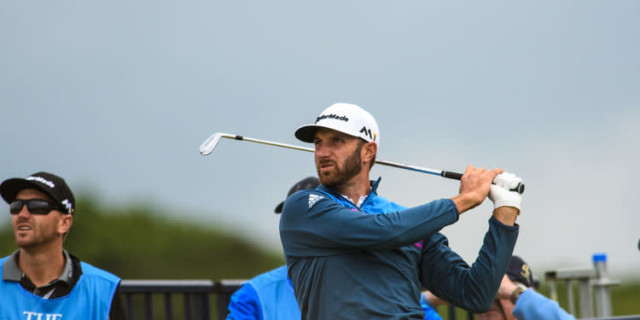 The problem for those now plying their trade with LIV Golf is that their tournaments are not recognised by the Official World Golf Ranking (OWGR), the body responsible for awarding ranking points.

Unsurprisingly, LIV Golf officials are demanding that OWGR recognise their tournaments. Until or unless this happens, the men who defected to LIV Golf will continue to see their rankings fall - meaning many of them will not be eligible to play in the majors.

And LIV received something of a slap in the face with the OWGR’s decision to recognise the Gira de Golf Profesional de Mexicana. It is a Mexican development tour that has only been in existence for five years. You will no doubt be aware that one of the reasons OWGR has given for failing to recognise LIV Golf is that their tournaments are played over 54 holes.

Well, the Gira de Golf Profesional de Mexicana events are also 54-hole tournaments. The difference is that they have 36-hole cuts.

OWGR said there is a lengthy application process, with approval for ranking points taking 16 months.

In a statement that will have been closely monitored by LIV, OWGR said: "The Gira de Golf Professional de Mexicana provides access to its official tournaments, conducted over 54 holes with a 36-hole cut, via its annual open qualifying school, as well as providing opportunities for local and regional players, culminating with a no-cut, season-ending Championship.

"The Gira de Golf Professional de Mexicana is in keeping with long-standing OWGR Eligibility and Format Criteria providing inclusion for professional tours at the development level with available Ranking Points commensurate with the format and anticipated fields."

This explains why the Mexican tour has been successful in the OWGR review process in comparison to other tours.

LIV will expand from eight to 14 events in 2023, but may still struggle to secure ranking point status - with the lack of cuts in their 48-man invitational events seen as problematic in their own application to the OWGR board.