RORY McILROY began his outstanding 2021-22 season with a victory at the CJ Cup at Congaree Golf Club in Ridgeland, South Carolina and returns to defend his title against a world-class field that includes Scottie Scheffler, Hideki Matsuyama, Matthew Fitzpatrick and Viktor Hovland.

After an astonishing season in which he earned his first four PGA Tour titles in a run of six starts, including his first major championship at The Masters, Scheffler took some time off but is now ready to make his 2022-23 season debut at Congaree. The reigning PGA Tour Player of the Year advanced to the season-ending Tour Championship for the third consecutive season and finished in a tie for second in the FedExCup standings. The 26-year-old, who has maintained his position as World No. 1 for 29 weeks, will make his third CJ Cup appearance, looking to improve on his finishes of 52nd in 2020 and 38th last year.

An eight-time PGA Tour winner, Matsuyama will compete in his fifth CJ Cup, with his best finish being a tie for third in 2019. The 30-year-old won twice last season and reached the Tour Championship for a record ninth consecutive season where he finished in a tie for 11th  in the FedExCup standings. Matsuyama’s win at the 2022 Sony Open in Hawaii marked his eighth career PGA Tour success, which tied him with K.J. Choi for most wins by a player from Asia.

Fitzpatrick will make his 2022-23 season debut at The CJ Cup in South Carolina. He is taking part in the tournament for the second time after a memorable year on both sides of the Atlantic. The Englishman earned his first major championship title and first career PGA Tour victory at the U.S. Open, where he became the first player to earn his maiden Tour win at a major since fellow Englishman Danny Willett at the 2016 Masters. Fitzpatrick finished 15th in the FedExCup standings after advancing to the season-ending Tour Championship for the first time in his career.

Hovland will also begin his 2023-23 season at The CJ Cup. The Norwegian, who will surely be a key player for Europe at the Ryder Cup in Italy next year, successfully defended his title at the 2021 World Wide Technology Championship at Mayakoba and finished T15 in the FedExCup standings after his third appearance in the Tour Championship. During the 2021-22 season he made 21 starts, achieved 18 cuts and enjoyed five top-10 finishes. 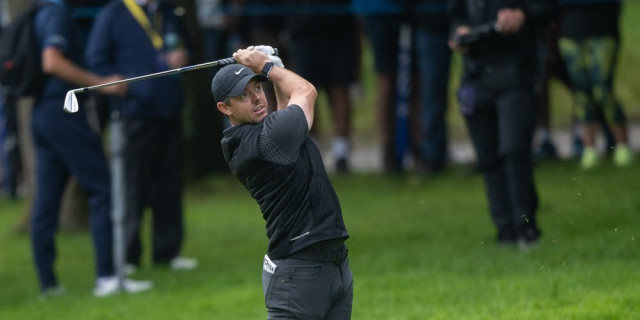 But perhaps the man they all have to beat is 20-year-old Tom Kim, who has made a wonderful start to his PGA Tour career. He only played in 11 tournaments last season but won the Wyndham Championship, finished third at the Scottish Open and seventh at the Rocket Mortgage Classic. He received a captain’s pick from Trevor Immelman to represent The Internationals at the Presidents Cup. Although the USA cruised to a comfortable victory, Kim was a revelation for Immelman’s side, playing with a passion and a maturity way beyond his years.

He then returned to PGA Tour action and promptly won the Shriners Children’s Open, finishing the week on 260, 24 under par. So, at just 20, he is already a two-time PGA Tour winner - and there will be many more to come.

Tom Kim has made a sensational start to his PGA Tour career. It is hard to believe that he is still only 20 years of age. Apart from his temperament, his strengths are his accuracy from the tee and the number of greens he hits in regulation. Rory McIlroy defends his title after a season that included everything other than a major victory - his goal for the season ahead will be to replace Scheffler at the top of the world rankings and to finally end his major drought.

Designed by Tom Fazio, Congaree Golf Club opened in 2018. It is a par 71 that can be stretched to 7,685 yards. It is tree-lined and features several water hazards. It is owned by the Congaree Foundation, which aims to enrich young lives by providing educational and vocational opportunities through the game of golf.

Rory McIlroy. Looking to start this season where he finished the last one

Rory McIlroy. Looking to get back to the top of the world rankings