US OPEN champion Matthew Fitzpatrick defends his Andalucia Masters title at Valderrama this week as the DP World Tour remains in Spain for the second of three events.

Last season, the Englishman came from three shots back at the historic Sotogrande layout, posting a brilliant bogey-free final round of 69 to win the seventh of his eight DP World Tour titles.

The two-time Ryder Cup player - who claimed his first DP World Tour victory in his rookie season in 2015 - added to an already impressive trophy cabinet in June by securing his maiden major victory at the US Open.

He arrives at the 1997 Ryder Cup venue in a rich vein of form, having recorded a further 10 top tens in 2022 across the DP World Tour and PGA Tour, including a runner-up finish at the Italian Open.

He will be joined at Valderrama by his brother Alex. The pair played together at the Alfred Dunhill Links Championship along with their mother, and Alex gave a good account of himself.

Matt Fitzpatrick said: “I can’t wait to come back to defend my Andalucia Masters title. Valderrama is a true test and winning at a venue with so much history is always going to be memorable. But the manner of the win last year - staying patient on Sunday and going bogey-free - made it even more special.

“This has been a great season for me so far, and there’s no doubt that the U.S. Open win was a highlight. There is so much to play for over the rest of the season, especially with the Ryder Cup points race now up and running, and I’m looking forward to another good week in Sotogrande.” 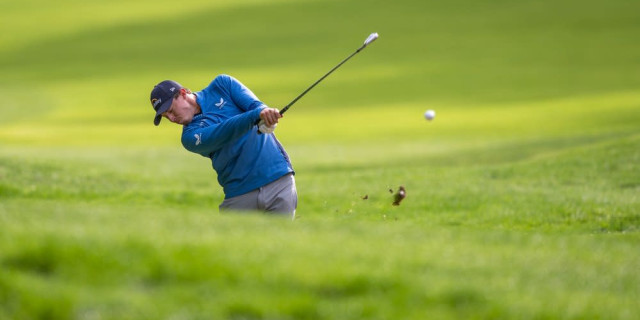 Home favourite Rafa Cabrera Bello is also in the field. The 38 year old is aiming for a first title at Valderrama and more success on home soil after securing his fourth DP World Tour win at the Open de Espana last season.

He joins a field that includes a host of fellow DP World Tour winners, including rising Spanish star Adri Arnaus, who claimed his maiden title this season at the Catalunya Championship.

They are joined by Danish twins Nicolai and Rasmus Hojgaard, who now have five DP World Tour wins between them following Nicolai’s victory in Ras al Khaimah earlier this season.

The 1997 Ryder Cup course will also welcome two young players who have had recent success at host venues for golf’s greatest team competition. Scotland’s Robert MacIntyre won the Italian Open title at Marco Simone Golf and Country Club, which hosts next year’s event, and he was followed a week later by Italy’s Guido Migliozzi, who triumphed in the Cazoo Open de France at Le Golf National - the scene of a memorable victory for Team Europe in 2018.

Other 2022 DP World Tour winners who will be in the field in Sotogrande include history-making Adrian Meronk - the first player from Poland to win on Tour - Ryan Fox, Ewen Ferguson, Thriston Lawrence, Ashun Wu, Min Woo Lee and Thorbjorn Olesen, winner of the Brritish Masters.

The action will begin with the penultimate event in the G4D Tour season, as 10 of the world’s best golfers with a disability - including Spain’s Juan Postigo Arce - take on the same set up as the professional field over two rounds on Monday and Tuesday. The seven-event series then concludes at the season-ending DP World Tour Championship in Dubai.

Valderrama was designed by Robert Trent Jones and is one of the best golf courses in Europe. It features a number of iconic holes, the most famous of which is the par-five 17th, where players have to decide whether to go for a green that is guarded by a large pond and slopes from back to front. The fairways are tree-lined and accuracy from the tee is essential. It is a par 72 measuring 7,100 yards.

Matt Fitzpatrick is the man to beat. He is the US Open champion, finished second at the Italian Open, played well at the Alfred Dunhill Links Championship - and is the defending champion. If you are looking for a home winner, keep an eye on Adri Arnaus, who won in Spain earlier this year and also has a runner-up finish to his name this year.

Adri Arnaus. Would love to do it for the home fans

Matthew Fitzpatrick. One of the best putters in the game

Adrian Meronk. Needs to keep it on the short stuff here

Ryan Fox. Having the season of his life.

Alvaro Quiros. Still one of the best ball strikers in the game