COLLIN MORIKAWA and Xander Schauffele lead the field at the Zozo Championship at Accordia Golf Narashino Country Club in Japan. Also heading to the land of the rising sun are Cameron Champ, Rickie Fowler and Tommy Fleetwood.

Morikawa, 25, has emerged as one of the most exciting young talents in recent years. Since turning professional in 2019, he has won five times on the PGA Tour including two major championships, the 2020 PGA Championship and 2021 Open Championship.

He also became the first American to win the DP World Tour Race to Dubai title last year. In the recently concluded 2021-22 PGA Tour Season, the World No. 8 posted eight top-10s, including top-5 finishes at the Masters and U.S. Open, en route to a T21 finish in the FedExCup.

Morikawa said: “I’ve played in every Zozo Championship since 2019 and it’s a tournament that I mark out on my calendar at the start of every year. Japan is an amazing country and the fans are incredible. The Morikawa family name goes back generations to Kumamoto, Japan, and having the opportunity to compete in a country with deep family roots is something I take great pride in. I look forward to concluding my year with some delicious Japanese food, playing on a great golf course and hopefully securing a win along the way.”

The $11 million tournament has a 78-man field with no cut. It was first played in 2019 when Tiger Woods claimed the inaugural title with a three-shot victory over Hideki Matsuyama en route to equalling Sam Snead’s record of 82 PGA Tour victories. Patrick Cantlay was victorious in the 2020 edition at Sherwood while Matsuyama produced a popular victory when the tournament returned home to Japan last October. 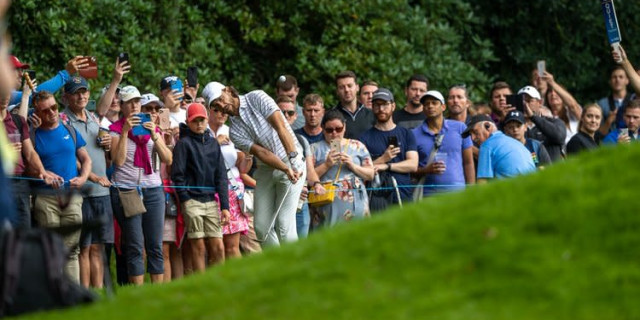 It was won in 2019 by Tiger Woods, in 2020 by Patrick Cantlay and last year by Hideki Matsuyama.

Accordia was designed by Kinya Fujita and hosted the Suntory Open for 24 years. It is a par 72 measuring 7,224 yards. It is a magnificent parkland course featuring many pine trees, several water hazards, generous fairways and large, undulating greens.

Hideki Matsuyama won twice on the PGA Tour last season. Perhaps more impressive than that was the fact that he missed just one cut in 21 starts. He is one of the most consistent performers on the planet. Xander Schauffele has rediscovered his very best form this year, with three wins, two thirds and seven top-10 finishes.

Xander Schauffele. Back to his very best

Hideki Matsuyama. Would love to successfully defend his title

Xander Schauffele. Rediscovered the form that had him tipped as a major winner

Collin Morikawa. All depends on his putting

Tommy Fleetwood. Englishman has had a decent year but would love to win here - or anywhere