AS WIDELY expected, golf is to make its debut at the Commonwealth Games in Victoria, Australia in 2026.

BMX and coastal rowing will also appear, while shooting returns after being dropped for the 2022 Games in Birmingham. Wrestling and judo have been dropped.

The Games will be staged across several cities and feature 22 sports and 26 disciplines.

Nine fully-integrated para-sports are also included. "Victoria 2026 is also proposing to add in Para-sport disciplines in golf, coastal rowing and the road (cycling) race and will work with the Commonwealth Games Federation and relevant international sporting federations to determine if this is possible," organisers said in a statement.

Golf returned to the Olympic Games in Rio in 2016, when Justin Rose and Inbee Park claimed the gold medals. Xander Schauffele and Nelly Korda took the gold in Tokyo last year. 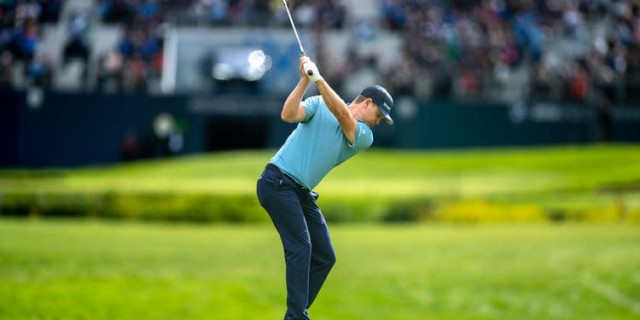 "This is a great win for golf," said Golf Australia chief James Sutherland. "This announcement validates golf's increasing popularity and the enormous growth that the sport has enjoyed over the last three years."

Remember that this is the Commonwealth, which means that England, Scotland, Wales and Northern Ireland will each be able to field teams. But it remains to be seen whether the likes of Rory McIlroy, Matt Fitzpatrick and Tyrrell Hatton will be interested in adding it to their schedules.

Commonwealth Games Federation president Dame Louise Martin said: "We are thrilled to confirm the sport program for the 2026 Commonwealth Games, with the additional sports proposed by Victoria 2026 completing an exciting and diverse line-up."