The suspension of LIV Golf players means that Donald will be fielding a new-look team at Marco Simone Golf Club. Before we get to that, it is worth spending a moment or two looking at the team Europe are likely to face.

Zach Johnson will be relatively untroubled about the prospect of travelling to Europe without the likes of Dustin Johnson, Bryson DeChambeau and Brooks Koepka. You only need to look at the team that won the Presidents Cup at Quail Hollow to understand why.

Jordan Spieth came through the team event with a 100% record, finally laying to rest his miserable record in singles play - it was hist first singles success in eight Presidents Cup and Ryder Cup matches. And Justin Thomas won four points out of five.

The two men who may struggle to make it to Italy are Billy Horschel and Kevin Kisner.

But Johnson will be able to call on Will Zalatoris, who missed out on Quail Hollow because of a back injury. And I expect Sahith Theegala to make up the 12. 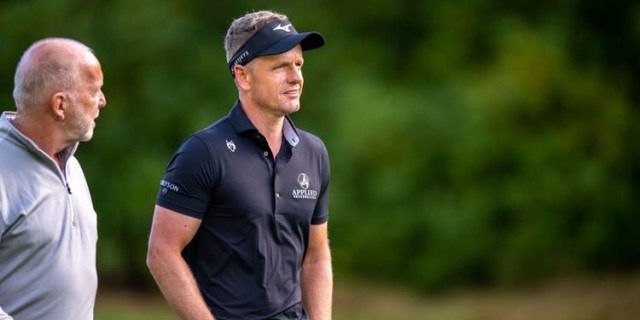 So where does Donald stand? There will be no Paul Casey, Lee Westwood, Sergio Garcia, Ian Poulter. But let’s be honest here - there was and is a need for fresh blood.

Thomas Pieters is long overdue a second Ryder Cup appearance and Francesco Molinari would love to play in front of a home gallery and renew his partnership with Fleetwood.

Europe will, inevitably, be fielding a host of rookies. Leading the way are twins Rasmus and Nicolai Hojgaard - they may only be 21 but are already proven winners.

Adrian Meronk is already the first Polish golfer to win on the DP World Tour and I believe he will be first Pole to make the Ryder Cup.

Guido Migliozzi and Robert MacIntyre are two of the most gifted young players on the DP World Tour and both have finally found their way back into the winners’ circle.

Seamus Power and Sepp Straka have both won on the PGA Tour and have joined the DP World Tour in an effort to secure their places in the team.

I also believe that Matthew Jordan could also have what it takes to be a star for Europe. He has had a beautifully consistent season, reeling off top-10 finishes for fun.

With 12 months still to go, this is how I expect the teams to line up:

And who is going to win? Ah, now there’s the question and if I knew the answer to that I would be sitting at home counting my winnings. On paper it is another comfortable victory for the USA but, thankfully, golf is not played on paper.