THIS week’s Italian Open takes on special significance as it will be hosted at Marco Simone Golf Club which, in 12 months' time, will host the Ryder Cup, with Europe thirsting for revenge after suffering a humiliating defeat at Whistling Straits last year.

Like Le Golf National, which hosted the event in 2018, Marco Simone is a spectator-friendly venue. It is also a magnificent test.

Located on the outskirts of Rome, the layout was rerouted not only to provide numerous risk and reward opportunities for the world’s leading players, but also to maximise the natural rolling countryside terrain.

It means spectators will have unrivalled vantage points of the on-course action as well as distant views of the famous Eternal City, including spectacular views of St Peter’s Basilica and of the Castle of Marco Simone which together will provide the backdrop to golf’s greatest team contest.

The course has undergone a radical redesign overseen by European Golf Design in cooperation with Tom Fazio II, which began in August 2018, with the back nine completed and reopened in October 2020 followed by the full 18 holes at the start of March 2021.

In addition to the extensive work to the course, the clubhouse and practice facilities have also been refurbished. 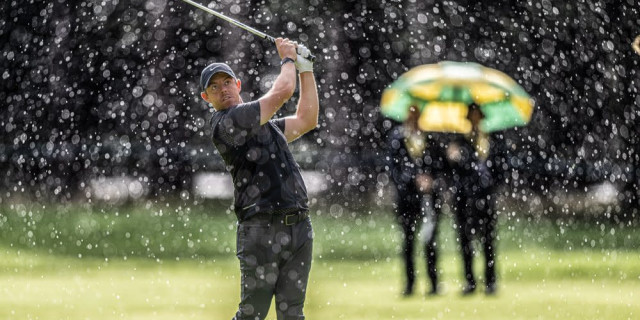 Of course, the ideal scenario would see an Italian winning this week. Francesco Molinari has won it twice, in 2006 and 2016. He then went on to win The Open in 2018 and was riding high in the world rankings until throwing away The Masters in 2019. His form and fitness then deserted him and he has struggled ever since. This would be a good week to put that right.

Renato Paratore has had a miserable time since winning the British Masters in 2020 but there have been some highly encouraging signs recently.  After 14 missed cuts, he finished in a tie for third at the Cazoo Open, tied fourth at the ISPS Handa World Invitational and tied 13th at the Czech Masters.

His twin brother Rasmus won the European Masters the previous week and the Danish 20-year-olds became the first brothers to win back to back events on the DP World Tour.

Nicolai came into the final round with a one shot lead and had found himself two clear on the back nine before consecutive bogeys at the 14th and 15th wiped out his advantage and left him level with Tommy Fleetwood and Adrian Meronk going down the last.

He arrived at the 18th tee knowing he needed a closing birdie to win, and he did just that - holing from three feet to finish the tournament on 13 under par and clinch his maiden victory at this level, with Rasmus joining him on the green to celebrate.

Meronk and Fleetwood finished in a share of second place on 12 under just one shot behind Højgaard after posting rounds of 66 and 71 respectively, with Ryder Cup star Fleetwood also converting a must make birdie putt on the 18th green to tie Meronk's clubhouse lead before Højgaard had finished his round.

Home favourite Francesco Laporta was alone in fourth on 11 under after closing the tournament with a 68 to finish as the leading Italian, one stroke ahead of Edoardo Molinari.

The twins are both in the field this week as they continue their remarkable progress. After everything they have achieved thus far, it is difficult to believe that they are still only 21 years of age. They have shared a great deal on the golf course in their fledgling careers and both will have high hopes of coming back here as members of Luke Donald’s European Ryder Cup team.

The same applies to Meronk. His performance here in 2021 was the latest in a series of near-misses but he has continued his progress in 2022, becoming the first golfer from Poland to win on the DP World Tour. He will relish his return to Marco Simone.

Set in rolling countryside, Marco Simone Golf Club is a par 71 measuring 7,268 yards. It features many risk-and-reward holes. The fairways are narrow and the rough is thick and punishing. This is a golf course made for straight hitters.

Renato Paratore missed 14 cuts this season before rediscovering his game at the Cazoo Open at Celtic Manor, where he finished in a tie for third place. It is two years since his last victory but he may just be ready to win again.

Rory McIlroy. The man to beat.

Renato Paratore. Finally back to his best

Rory McIlroy. How could you bet against him?

Francesco Molinari. Looking to put on a show

Matt Fitzpatrick. The US Open champion

Robert MacIntyre. Looking for a big finish to the year

Edoardo Molinari. Has had a steady season