THE DP World Tour heads to the Swiss Alps for the Omega European Masters at Crans-sur-Sierre, one of the most spectacular venues on the planet. Unsurprisingly, this stunning golf course has attracted a strong field.

Among those taking part are Ewen Ferguson, Ryan Fox, Adrian Meronk, Sean Crocker, Hojgaard twins Nicolai and Rasmus, Thriston Lawrence and Robert MacIntyre, along with the legend that is Miguel Angel Jimenez. Jimenez may well be 58 years of age but he remains competitive and this is a course that will suit him - the air is thin so the ball flies further.

Fox has been in a rich vein of form this season, currently sitting sixth in the DP World Tour Rankings after his win in Ras al Khaimah, followed by two runner-up positions in May at the Soudal Open in Belgium and the Dutch Open, a third place finish at the BMW International Open in Munich and, most recently, a further second place at the Horizon Irish Open.

The tournament was won last year by Rasmus Hojgaard, who will be back to defend his title and will be joined by his twin brother Nicolai.

Just 21 years of age, they already have five DP World Tour titles between them. Early in their careers, they represented Europe at the 2018 Junior Ryder Cup. The twins also helped Denmark win the 2018 Eisenhower Trophy, alongside John Axelsen. They have shared the passion for golf from a very early age.

In 2021, they made DP World Tour history by becoming the first brothers to win back-to-back tournaments within a week of each other; Rasmus winning the Omega European Masters and Nicolai the following week at the Italian Open.

Rasmus is the third youngest winner of a European Tour event. He went on to become the second youngest player in Tour history to record two victories after securing the title at the ISPS Handa UK Championship in 2020 at the age of 19 years and 171 days. 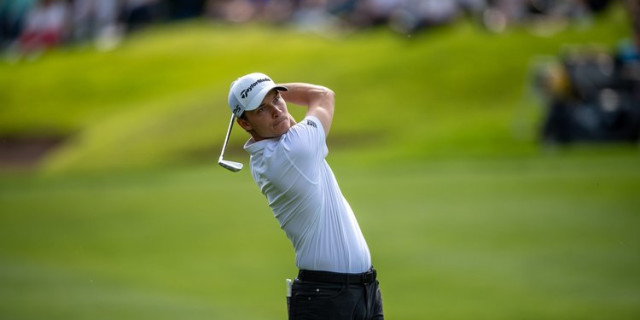 Nicolai made a name for himself with a strong finish to the 2021 season, runner-up at the Portugal Masters and fourth at the DP World Tour Championship in Dubai, which saw him finish eighth on the Race to Dubai in only his second full season on Tour.

Look out, too, for Adrian Meronk. In July he made history by becoming the first Polish player to win on the DP World Tour as he triumphed by three strokes at the Irish Open.

His victory came two years after becoming the first player from Poland to earn membership on the DP World Tour. In November 2020, the 29-year-old finished in a tie for second place in the Alfred Dunhill in South Africa, followed by a string of strong performances, including a runner-up finish at the 2021 Italian Open.

This year he finished  fourth at the Dubai Desert Classic, third at the Qatar Masters, at the Catalunya Championship and also at the Dutch Open, two weeks before his victory at the Irish Open.

Crans-sur-Sierre is one of the most beautiful golf courses on the planet. It measures just 6,824 yards and is a par 72. It is set among the Swiss Alps and offers breathtaking scenery. The ball travels further here so expect the winning total to be low. For all its beauty, there are plenty of hazards to be avoided, most notably the tens of thousands of trees that line the fairways.

Ewen Ferguson has already won twice this season and he has a happy knack of going very low, having twice recorded scores of 61 in 2022. If ever there was a golf course that is made for him, this is it. Ryan Fox hits the ball a mile and if he can keep the ball in play he could well reduce this course to little more than a pitch and putt layout.

Ewen Ferguson. Now believes he can win every time he plays

Miguel Angel Jimenez. Still has it