LIV Trump National - What You Need to Know

HERE we go again. The third LIV Series 54-hole tournament takes place this week at Trump National Golf Club in Bedminster, New York, with the news that Henrik Stenson has, as widely predicted, joined the circus. He will be joined by Jason Kokrak and the money-making machine that is Charles Howell III.

Charl Schwartzel and Branden Grace won the first two events, at Centurion and Portland, and speculation continues about the identities of the next golfers to defect from the PGA and DP World Tours. Hideki Matsuyama and new Open champion Cameron Smith are both widely tipped to board the gravy train, but this weeks new boys are Henrik Stenson, Jason Kokrak and Charles Howell III. 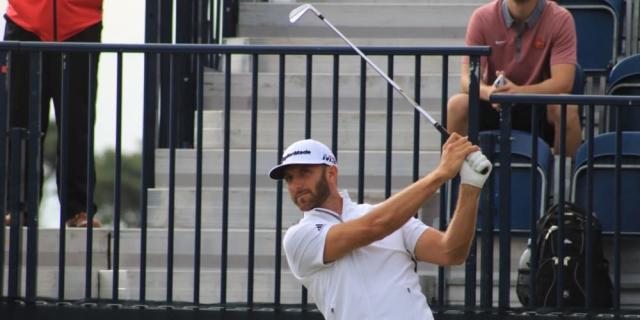 It has emerged that David Feherty will be in the commentary box so we can at least guarantee that there will be both some insight and some humour - something this series badly needs.

If the 48 men who will tee it up on Thursday care about anything other than the vast sums of money they are now earning, many of them will be growing increasingly concerned about their world rankings.

As things stand, no ranking points are being awarded at LIV tournaments. When you combine that with the fact that they have all either been suspended from the PGA Tour or quit their membership, it means their rankings are heading in one direction. And, for many, that means that they will not be able to compete in the majors.

That is not a concern for the likes of Dustin Johnson, Phil Mickelson, Brooks Koepka, Bryson DeChambeau, Louis Oosthuizen, Patrick Reed, Sergio Garcia and Charl Schwartzel, who have assorted major exemptions.

The next major is The Masters, and that doesn’t take place until April next year, by which time the likes of Hudson Swafford, Ian Poulter, Lee Westwood, Richard Bland, Paul Casey, Abraham Ancer, Talor Gooch, Branden Grace and Kevin Na will have tumbled out of the top 100 in the rankings.  Apparently many of them are now weighing up various options, including competing on the Asian Tour, which does offer world ranking points.

Johnson played well at St Andrews and will probably start this week as favourite. And a decent number of them played all four rounds at the Old Course. We saw some pretty awful golf at the first two tournaments but expect many more of the field to finish the week under par this time - simply because a fair number of them were able to sharpen up their competitive instincts at the home of golf.

The course should have hosted this year’s PGA Championship but was stripped of the tournament because of its links to the former president. It was designed by Tom Fazio, is a par 72 and measures 7,580 yards. Membership here will set you back a cool $300,000 a year. It features lots of water, trees, plenty of bunkers and large, undulating greens.

Expect to see South Africans dominating the leaderboard once again. Branden Grace followed his victory in Portland with a decent showing at the Scottish Open and his game is well suited to Trump National. But the favourite will surely be Dustin Johnson after his tied-sixth finish at The Open.

Dustin Johnson. Course is made for him

Louis Oosthuizen. Is there a better swinger anywhere?

Louis Oosthuizen. Looking to make it 3/3 for South Africa

Bryson DeChambeau. Finally showed some decent form at The Open

Lee Westwood. Still one of the best drivers of a golf ball in the game