Whatever Happens - The Ryder Cup Must Be Protected

RUMOURS persist that Henrik Stenson is about to throw in his lot with the LIV Series and, if he does so, he will be stripped of the Ryder Cup captaincy. And quite right too.

But if it happens, where does that leave Europe? Lee Westwood, Ian Poulter and Paul Casey, who might all have been considered as captains, have all signed up with LIV Golf. And Sergio Garcia continues to throw his toys from the pram - he now says that he is going to quit his membership of the DP World Tour because he no longer feels loved.

Sorry Sergio, but is it any surprise?

Make no mistake, this is all about greed and there is going to be little sympathy for Messrs Stenson, Westwood, Poulter, Casey and Garcia. They have all made their beds and now they have to lie in them.

Worrying reports have emerged that new Open champion Cameron Smith and 2021 Masters champion Hideki Matsuyama are also about to take the Saudi money.

American Ryder Cup captain Zach Johnson has already made it clear that there will be no place in his team for anybody who has joined the rebels. 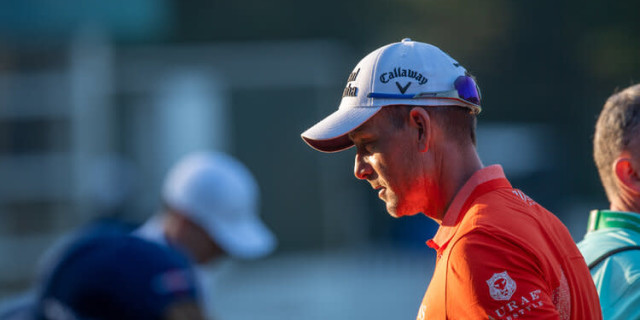 There are actually several strong candidates. Europe could do an awful lot worse than once again turning to Paul McGinley, who inspired a memorable triumph at Gleneagles. McGinley may no longer be an active player on the DP World Tour but his work with Sky Sports Golf means that he remains close to the players - and, of course, they respect him. He is also a wonderful motivator.

Or what about asking Padraig Harrington to do the job again? There are some who criticised his captaincy at Whistling Straits but, in truth, there wasn’t much he, or anybody else, could have done against what was an outstanding American team. Harrington remains competitive and, like McGinley, still has a good relationship with the men who are likely to form the spine of Europe’s team in Italy next year.

And why hasn’t Paul Lawrie’s name been mentioned as a genuine contender to captain Europe? The Scot is a former major champion who played in two Ryder Cup matches. He knows what it’s like to win as a member of the team that came storming back to win at Medinah. And he has experienced the other side of the coin as a member of the team that was on the wrong side of an American comeback at Brookline.

Whatever happens, the Ryder Cup must be protected - no matter what it takes to do so. We are already facing a situation in which the biennial event is going to be diluted - how can it not be when so many players who have played such key roles in the event will now no longer be available for selection?

The PGA and DP World Tours have announced increased prize funds but it is obviously not going to be enough to keep the Saudis at bay. So maybe the time has finally come for all parties to sit down and decide how they can work together.

Quite clearly, taking no action is no longer an option.