THE entry list for the Irish Open at Mount Juliet reads like a who’s who of European golf. With The Open Championship just a couple of weeks away, it is little surprise that so many leading lights should choose to head to Ireland in order to tune up for St Andrews.

There is one notable absentee, with Rory McIlroy opting to sit out both this week and next week’s Scottish Open, deciding instead to play in JP McManus’ 36-hole pro-am at Adare Manor.

Lowry is relishing the opportunity toplay on home soil. The 2019 Open Champion from Offaly has been in a rich vein of form. He was second at the Honda Classic, nearly won the RBC Heritage, tied for third at The Masters and tied 10th at the Canadian Open before missing the cut at the US Open.

Lowry famously won his national open as an amateur in 2009, kick-starting a career which has seen him win the 2019 Open Championship, a World Golf Championships win at the WGC-Bridgestone Invitational in 2015, a Rolex Series win at the 2019 Abu Dhabi HSBC Championship and a Ryder Cup appearance in 2021.

“I can’t wait to get home and tee it up at the Irish Open,” said Lowry. “Everyone knows how much I love this tournament and how much I enjoy playing in front of my home fans, and they’re always so supportive of me so I’m excited to play in front of them again.

“I’ve been really happy with my form over the last few months and my game feels in great shape so I really hope I can bring my best stuff to Mount Juliet Estate and put myself into contention come Sunday." 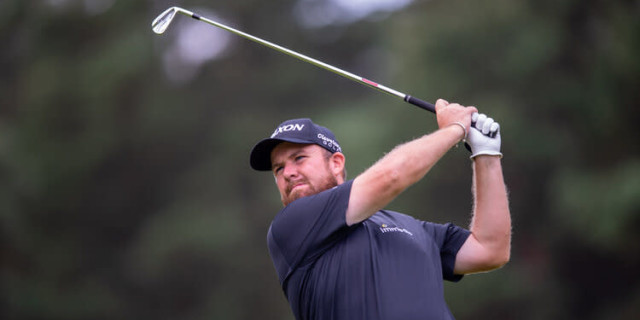 Hatton, a four-time Rolex Series winner, makes his first appearance at the Irish Open since 2019, the Englishman having come close to winning the event in 2015 - when he finished one shot shy of a play-off at Royal County Down, eventually won by Soren Kjeldsen.

The 30-year-old has been a fixture in the world’s top 30 since claiming his maiden PGA TOUR title at the 2020 Arnold Palmer Invitational and since then has picked up two of his four Rolex Series victories, at the 2020 BMW PGA Championship and 2021 Abu Dhabi HSBC Championship.

He is still chasing his first victory of 2022 and says he is relishing the opportunity to take on Mount Juliet.

“I’m really looking forward to returning to Ireland,” said Hatton. “It’s a country I love playing in and the fans are always incredible."

Pieters, who dethroned Hatton as the Abu Dhabi HSBC Champion in January, earned his best result on Irish soil at Mount Juliet last year - finishing in a tie for 12th.

His win in Abu Dhabi was his second in three appearances, having lifted the Portugal Masters trophy in October 2021 courtesy of a two-stroke victory, and the big-hitting Belgian is looking forward to his Mount Juliet return.

“I’m excited to get back to Mount Juliet,” said Pieters. “It’s a fantastic resort and, although we had a limited number of fans last year, I think it will be extra special this time around with it being at full capacity. We will also get an opportunity to explore the Kilkenny area and experience the true Irish welcome.

“I have big goals this year with my game so I feel that if I can play my best in July, I will hopefully be able to put myself in a good position come Sunday.”

Rai is enjoying a decent season the PGA Tour. He missed his first three cuts as he struggled to adapt to the playing conditions and different lifestyle. But he has since finished in a tie for sixth place at the Farmers Insurance Open and tied for 13th place at the Canadian Open. The Englishman also has seven top-25 finishes to his credit.

Last year, an enthusiastic gallery watched Australian Lucas Herbert triumph in wire-to-wire fashion, sealing a three-stroke victory for a second DP World Tour title. He has since won for the first time on the PGA Tour.

Past winners at Mount Juliet include Nick Faldo, Bernhard Langer and Sam Torrance.

Mount Juliet is a spectacular parkland course. It was designed by Jack Nicklaus and opened in 1991. It is a par 72 measuring 7,264 yards. It features plenty of trees and several water hazards but find the fairway and you can go low - the course record is 62, set by Sergio Garcia and Retief Goosen in 2002.

Shane Lowry missed the cut at the US Open but that was a rare blip during what has bene a decent season to date.  He was second at the Honda Classic, nearly won the RBC Heritage, tied for third at The Masters and tied 10th at the Canadian Open. The Irishman is the tournament favourite on Betway. Tyrrell Hatton will want to tune up for the Open at St Andrews - a course on which he has an outstanding record - with a good performance this week. His best finish in what has been a consistent year came at the Arnold Palmer Invitational, where he ended the week in a tie for second place. He has missed just two cuts on the PGA Tour this season.

Shane Lowry. Will have huge support (9/1)

Seamus Power. Will relish a rare return to Irish soil (14/1)

Alex Fitzpatrick. Matt’s brother is no mean performer himself (400/1)

This preview article was written in collaboration with Betway