12 months ago at The Olympic Club, the oldest major title in the women's game looked set to be claimed by Lexi Thompson, but the American squandered a commanding lead under the pressure of her national championship, presenting an opportunity to both Yuka Saso and Nasa Hataoka who contested a deciding playoff in California.

Ultimately, it was Saso, the Philippine-born Japanese star with a swing modeled on Rory McIlroy, who became a major champion weeks shy of her 20th birthday.

Such is the way of a USGA Championship - expect drama and the unexpected to happen.

Now for its 77th edition, the US Women's Open returns to Pine Needles in North Carolina, a classic Donald Ross design that has previously staged the event three times. Saso is here to defend her trophy and looks a contender to accomplish that successfully at 15th in the Rolex World Rankings.

The astonishing form of world number one Jin Young Ko may have drifted somewhat lately, but she is absolutely a figure to beat this week; her statistics in recent years setting a standard that few have ever come close to matching.

Many eyes will look towards Minjee Lee, who currently tops both the LPGA's points list and scoring average for this season. The Australian finally became a major winner last summer at the Evian Championship, but a triumph at the US Women's Open is unquestionably an even greater step in the career of a player who boasts the richest of talents. 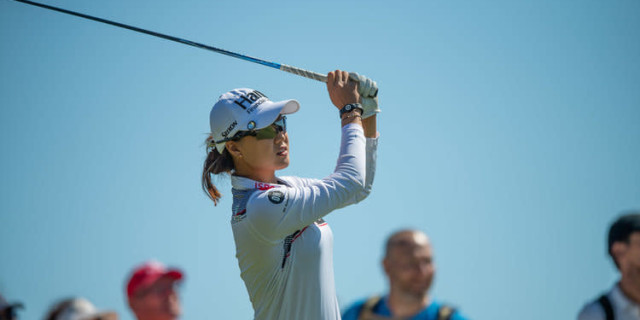 Thompson herself will be hoping for a redemption story after last June's crushing disappointment, while Jennifer Kupcho, the final champion at Mission Hills, is another hoping to lead the stars and stripes to a memorable victory in their own championship.

Most welcome is the news that Nelly Korda returns to action following treatment from a blood clot in her arm. The Olympic Gold Medalist and reigning Women's PGA champion has been a big miss of late on the LPGA Tour and the 23-year-old will be a popular follow among the attending spectators.

The same can be said too for a pair of significant names who are sure to feel emotional during the coming days. The US Open isn't normally a place for sentiment, but that will be palpable with the legendary Annika Sorenstam making her first appearance since 2008.

Now 51-years-old, the iconic Swede won at Pine Needles in 1996 and is part of the field courtesy of her triumph at the senior equivalent last August. For many years, it seemed likely that we would never witness Sorenstam on this stage again.

Likewise, there won't be a dry eye in the house as Michelle Wie West - the champion of 2014 - prepares to step away from competitive golf. Injuries and a busy life away from the course has prompted the once junior phenom to hang up her clubs, although she may yet take a valedictory stroll around Pebble Beach next year.

This US Women's Open is set to be dominated by icons of past and present - but you wouldn't have it any other way for America's national championship, which is sure to once again deliver the highest caliber of theatre.